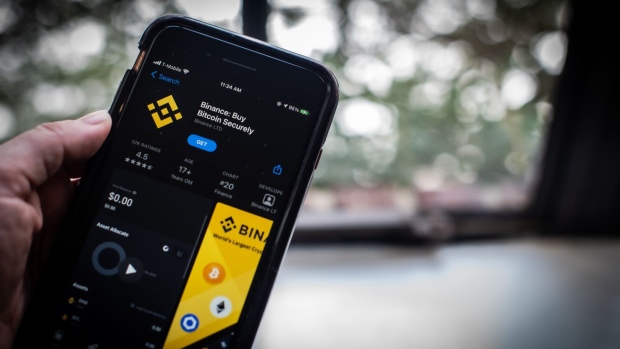 (Bloomberg) -- A push by Binance, the world’s biggest cryptocurrency exchange, to offer tokens tied to the performance of popular U.S. stocks is drawing the attention of Germany’s financial regulator.

Binance may have violated securities rules when it issued tokenized shares of Tesla Inc., MicroStrategy Inc. and Coinbase Global Inc., BaFin said Wednesday. The exchange doesn’t appear to have filed a prospectus before offering the assets, according to a statement on the watchdog’s website.

The synthetic shares allow investors around the world to reap the economic gains of a company’s stock performance and dividends, according to Binance. Investors in the tokens, which the exchange said are backed by actual stock, don’t get to vote in corporate matters. None of the companies on which the synthetic shares are based sponsor the tokens, which allow investors to purchase the equivalent of fractions of an underlying share.

“Binance takes its compliance obligations very seriously and is committed to following local regulator requirements wherever we operate,” spokeswoman Jessica Jung said in an emailed statement. “‘We will work with regulators to address any questions they may have.”

The regulatory scrutiny is the latest for Binance, which says it doesn’t have a single corporate headquarters but operates through a number of entities spread around the world. Last month, Bloomberg reported that the U.S. Commodity Futures Trading Commission was investigating the firm over concerns that it allowed Americans to place wagers that violated U.S. rules.