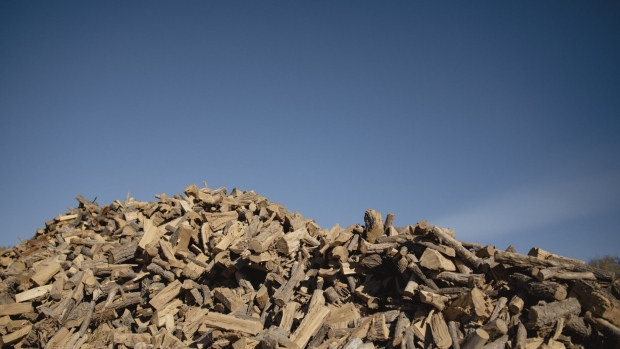 At Sierrah Wood in Leander, just north of Austin, owner Michael Wheeler said he’s fielded hundreds of queries this week alone from residential buyers looking for firewood as chilly weather sweeps across the state. At Texas Firewood near College Station, owner Roger Earwood says customers are driving as far as three hours to pick up orders because they can’t get any closer to home. Suppliers started getting requests for seasoned firewood as early as this summer, months before the normal October start to the season—and the calls keep on coming.

All of which has been overwhelming for a niche and antiquated corner of the energy market.

“People are buying up firewood like they did toilet paper when the pandemic started,” said Donna Prigg, owner of Midlothian-based Texas Best Firewood. “So that adds to the shortage.”

Firewood demand has been high across the whole country this winter, fueled by soaring prices for heating oil, natural gas and propane. But in Texas, another factor is also at play: It hasn’t even been a full year since glacial weather shut down the state’s power grid, a disaster that left millions without power for days and resulted in more than 200 fatalities. With Texas temperatures dipping well below normal again several times this week and chilly weather seen continuing into at least overnight Friday, households anxious about the state’s weather preparedness are increasingly taking backup heating options into their own hands.

Wood heating is not a major source of fuel by any means—just over 1% of households will use firewood or wood pellets as their primary heating source in the U.S. this winter, the U.S. Energy Information Administration estimates. But with so many Texas homes warmed only by electric heaters given its normally temperate climate, consumers with the option of burning wood in a fireplace, woodstove or firepit are getting ready just in case.

At the same time demand is surging, supply is running thin. When lumber futures spiked to an all-time high of $1,733.50 per 1,000 board feet in May, some loggers shifted operations to focus on higher-priced pine instead, reducing the amount of hardwood getting processed for the firewood industry.

That’s left many firewood vendors scrambling to line-up new supply chains and has forced some to raise their prices. Government data that tracks propane, kerosene, and firewood prices as one single index shows U.S. prices up nearly 34% year on year in December. Wood suppliers contacted by Bloomberg reported raising prices by anywhere between $50 to $160 a cord, a measurement of roughly 700 pieces, compared to last year’s prices.

The labor crunch and widespread supply chain disruptions are exacerbating the squeeze. Prigg of Texas Best Firewood, who’s raised prices by about 7% a cord this year, invested in more wood processing equipment—including chainsaws, forklifts and a Bobcat tractor—to meet higher demand. But these tools are gathering dust since there aren’t enough employees to operate them, she says.

Supply snafus have capped the number of logs that have moved off the lot at Texas Firewood, too, even as demand has been sky-high. “We’ve sold fewer during the last 12 months because of freight shortages,” owner Earwood said. “If I had more wood then I probably could’ve sold more.”