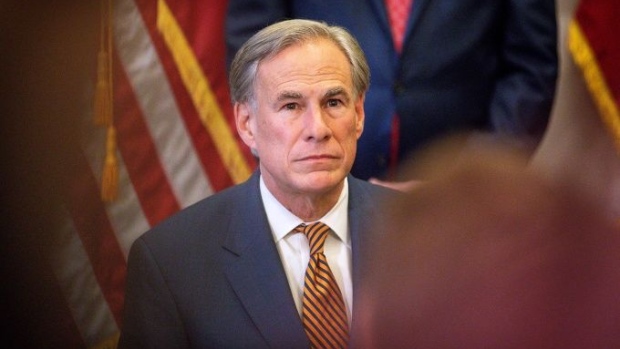 (Bloomberg) -- A federal appeals court has reinstated Texas Governor Greg Abbott’s ban on school-mask mandates while it weighs whether the edict violates the rights of students with disabilities.

The Fifth Circuit U.S. Court of Appeals on Wednesday granted Texas Attorney General Ken Paxton’s request to put a lower judge’s order striking down the ban on hold while it considers the state’s appeal. The administrative stay was granted without explanation by a three-judge panel that includes two appointees of former President Donald Trump.

The debate over whether students should be required to wear masks has sparked heated debate and some violence across the country as school boards grapple with the best ways to keep children safe from Covid-19.

Abbott and other Republican state officials argue that wearing masks is a matter of personal responsibility best decided by individuals. They also oppose mask mandates for adult workers that have been ordered by their Democratic counterparts as well as President Joe Biden.

U.S. District Judge Lee Yeakel in Austin struck down Abbott’s ban on Nov. 10 as a violation of disabled children’s right to equally access beneficial in-classroom instruction. Their lawsuit claimed the mask-mandate ban put them at heightened risk of catching severe Covid from unmasked classmates and teachers.

Paxton is urging the appeals court to permanently reinstate the ban, contending that schools can accommodate disabled children’s educational needs in other ways besides requiring masks.

Childhood Covid infections dipped in early November once children as young as five were approved to get shots. However, the infection rate in the general U.S. population is once again rising, as many individuals resist taking vaccines and colder weather drives people back into closer proximity indoors.