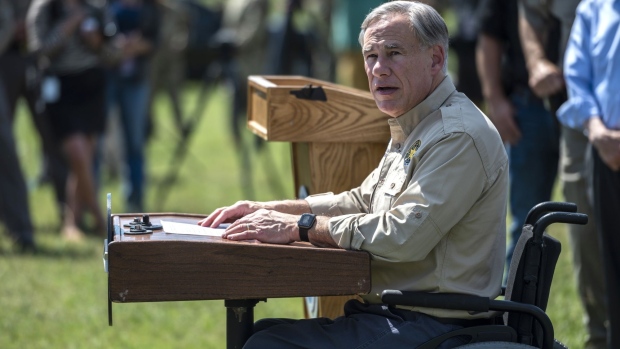 (Bloomberg) -- Texas Governor Greg Abbott scored a quick victory over a school district in the state’s second-biggest city after it tried to implement a vaccine mandate despite his recent executive order banning such rules.

The Texas Supreme Court on Thursday sided with Abbott over the San Antonio Independent School District, which for months has been trying to mandate vaccines to protect students and staff from the deadly coronavirus.

The court’s three-page decision comes days after the outspoken Republican governor barred all government entities and companies in Texas from requiring employees to get inoculated. The court held that keeping the ban on mandates in place would preserve the status quo. It didn’t weigh in on the merits of the fight.

“This decision should serve as a reminder to all Texas school districts that they should be using their limited funds on educating children and equipping teachers, not defending unlawful vaccine mandates,” Texas Attorney General Ken Paxton said in a statement.

Read more: Texas Companies Are Stuck Between Mandates. What Now?