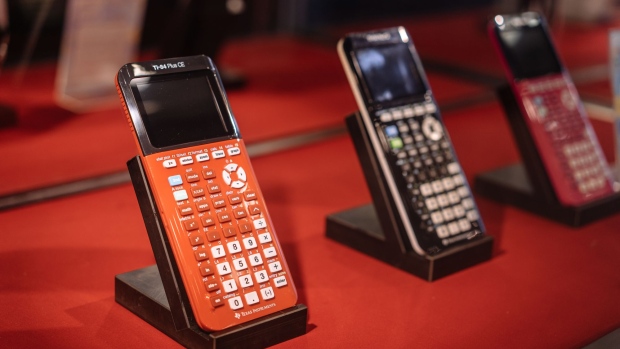 Texas Instruments Inc. (TXN.O)  gave stronger-than-predicted sales and profit forecasts for the current quarter, indicating demand for chips may be starting to improve.

Third-quarter earnings will be US$1.31 a share to US$1.53 a share on revenue of US$3.65 billion to US$3.95 billion, the Dallas-based company said Tuesday in a statement. On average, analysts predicted profit of US$1.37 a share and sales of US$3.84 billion, according to data compiled by Bloomberg. At the high end, that represents a revenue decline of 7.3 per cent from a year earlier.

A better-than-feared outlook from Texas Instruments signals that a slump in orders for electronic components may end soon and helps counter concern that the China-U.S. trade dispute will hurt the overall economy. The company’s chips are built into almost everything that has an “on” switch, making Texas Instruments a bellwether for industry demand. The company gets the largest chunk of its revenue from makers of industrial equipment and vehicles.

Texas Instruments had warned that an accumulation of unused chips led customers to reduce orders and it might take multiple quarters for a return to growth. The U.S.-China trade dispute raised fears the company also might be shut off from the world’s biggest market for semiconductors.

Texas Instruments shares rose more than 5 per cent in extended trading following the announcement after closing at US$120.07 in New York. The stock has gained 27 per cent this year on optimism that the trade dispute will be resolved and inventory stockpiles will be cleared out later this year.