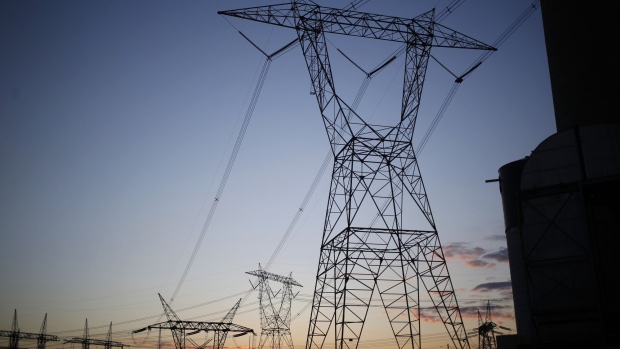 (Bloomberg) -- Texas lost about 1.3 gigawatts of electrical generation in a cold snap at the start of January -- about 1.5% of its winter capacity -- as power-plant operators faced fuel problems tied to natural gas.

Operators of gas-fired plants reported forced outages totaling 402 megawatts that started on Jan. 2 due to fuel limitations or lack of availability as temperatures plunged, according to data from the Electric Reliability Council of Texas, the state’s main grid operator. Another 865 megawatts were lost to maintenance outages tied to fuel woes. It’s not clear what role, if any, the extreme weather played in the fuel issues.

Total outages tied to gas supplies were equal to 2.4% of the peak demand during that day. Ercot said in November that it anticipated there’ll be enough generating capacity to meet peak demand in winter, with nearly 85,000 megawatts of available power supply.

January’s cold blast tested a system that’s seen by regulators as vulnerable to a prolonged deep freeze, after new regulations and other changes made to reinforce a grid that failed last winter. Extreme weather last February forced Texas plants to go offline and cut gas supplies that fueled many of them, leaving millions of Texans without power for days and causing more than 200 deaths.

The Texas Railroad Commission, the state’s main oil and gas regulator, did not immediately respond to a request for comment.

Outages at mechanical systems, including power plants, occur routinely for a variety of reasons, including cold weather, the Texas Oil & Gas Association said in an emailed statement.

“Some variation in production occurs with sudden temperature changes,” the association said. “The recent variation in natural gas production was within expected operating ranges and was not unique to Texas, and it did not lead to emergency conditions.”