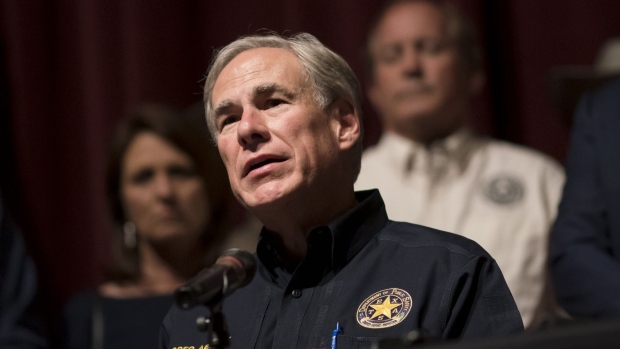 Greg Abbott, governor of Texas, speaks during a news conference in Uvalde, Texas, US, on Wednesday, May 25, 2022. President Joe Biden mourned the killing of at least 19 children and two teachers in a mass shooting at a Texas elementary school on Tuesday, decrying their deaths as senseless and demanding action to try to curb the violence. , Bloomberg

The checks will target tractor-trailers “like the one that was used where these people perished,” Abbott said during a media briefing in the border town of Eagle Pass, Texas, on Wednesday. “We want to step up and make sure that we will do more to better secure this area.”

Dozens of men, women and children perished inside of a truck in San Antonio earlier this week during searing temperatures. US authorities launched a human smuggling investigation and the Mexican government said more than half of those who died were its nationals. The truck crossed the border without being inspected by US agents, Abbott said.

The grim discovery of the truck stacked with corpses on Monday triggered a fierce debate over immigration and border-security policies, and has become a flashpoint in state and national politics. Abbott’s inspection plan comes little more than two months after a prior such program was suspended after Mexican state governors promised to enhance vehicle checks on their side of the border.