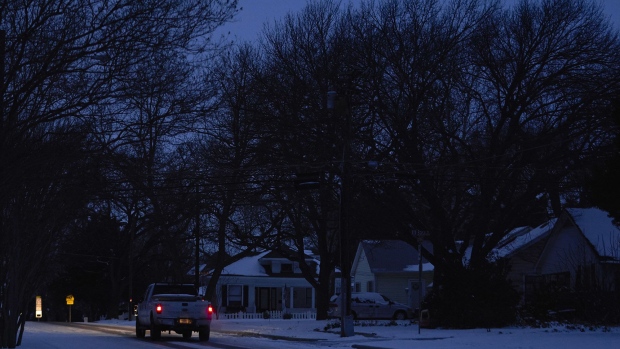 A truck drives down the street during a power outage in McKinney, Texas, U.S., on Feb. 16. , Photographer: Cooper Neill/Bloomberg

The Public Utility Commission of Texas is scheduled to debate a variety of measures, including tweaking power-market rules to bolster reserves and adding charges for backup services to help stabilize the grid when generators fail. Regulators will also mull whether to start paying generators to be on standby in case the grid needs backup power -- a strategy that’s common in other regions, but has long been shunned in Texas.

It’s not clear which of the proposals regulators will take up. Consumer advocates warn that some of them could significantly raise costs for homes and businesses, which have already been saddled with higher bills to pay for the massive losses racked up during the blackouts last winter.

“Customers will be paying for more, but will they be getting more reliability?” said Michael Jewell, an attorney with Jewell & Associates PLLC who represents clients at PUC proceedings. “It’s hard to say.”

Here are a few of the roughly dozen proposals the commission is considering: