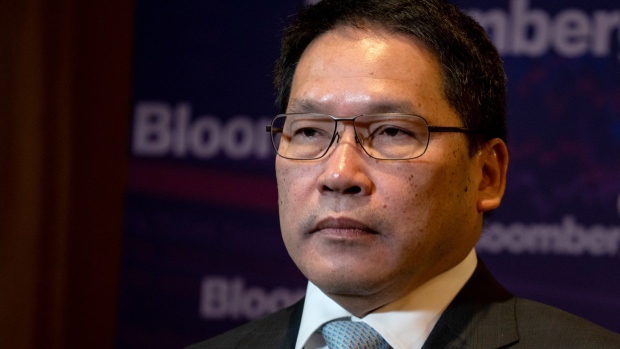 (Bloomberg) -- Two of Thailand’s former ministers who backed coup leader-turned-premier Prayuth Chan-Ocha are set to launch a new political party on Wednesday that aims to help revive an economy battered by the pandemic.

The party’s debut comes as the government looks to revive Thailand’s tourism sector that accounted for a fifth of the economy before the pandemic. There’s also simmering resentment over the rising prices of food staples, including pork and poultry, amid a high unemployment rate.

The emergence of this party is another sign that Thai elections could be around the corner. Over the past several months, political parties -- old and new -- have increased public activities to promote their platforms in anticipation a vote could be held in the second half of this year.

“We don’t have time to say who’s right or wrong. We need to come together to help our country through its economic, pandemic and societal crises,” Uttama said in a Facebook post before the launch. The party said their group of executives, entrepreneurs and academics would be the “best team to deal with current and future economic challenges.”

While the party didn’t detail what economic plans were in store, Uttama and Sontirat have worked as ministers during the military government, which was formed after a 2014 coup led by then army chief Prayuth. A stimulus package was introduced following the coup to revive an economy laid low by months of political unrest.

The duo were also leaders of the army-backed Palang Pracharath party, which was a vehicle to help Prayuth return as prime minister after the 2019 general elections. Both of them left their posts and the party in 2020 amid factional power struggles.

The two technocrats leaving Palang Pracharath and creating a new party doesn’t necessarily signal a complete break. The party will likely win a few seats and join forces again with Palang Pracharath, which is expected to lead the next ruling coalition, said Punchada Sirivunnabood, a visiting fellow at Singapore’s ISEAS-Yusof Ishak Institute.

“These new parties can’t re-engineer Thai politics. The next government will be made up of several parties, a type of politics seen in the late 90s,” she said, referring to a time when the country was governed by fractious multiparty coalitions resulting in frequent elections.