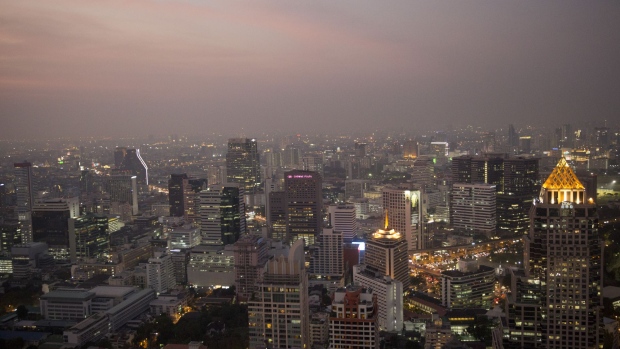 (Bloomberg) -- The controlling shareholders of Thai insurer Syn Mun Kong Insurance Pcl are exploring the sale of a majority stake in the firm and have picked several strategic players to advance into the next round of bidding, according to people familiar with the matter.

Assicurazioni Generali SpA and Liberty Mutual Group are among those selected to advance, the people said, asking not to be named as the matter is private. Syn Mun Kong is working with an adviser on the deal, which could be valued at about $200 million, they said. The sale could include a fresh investment of about $100 million, they added.

Deliberations are ongoing and details on deal structure and size could still change, they added. Representatives for Generali and Liberty declined to comment, while a representative for Syn Mun Kong couldn’t immediately respond to requests for comment.

Founded in 1951, the Bangkok-based insurer offers products including auto, health, accident and travel insurance, according to its 2020 annual report.

The Dusdeesurapot family led by Chairman Reungvit Dusdeesurapot owned a 36% stake in the insurer as of May 27, 2020, the annual report shows. The family held another 25% via Dusdeesurapot Holding Co.