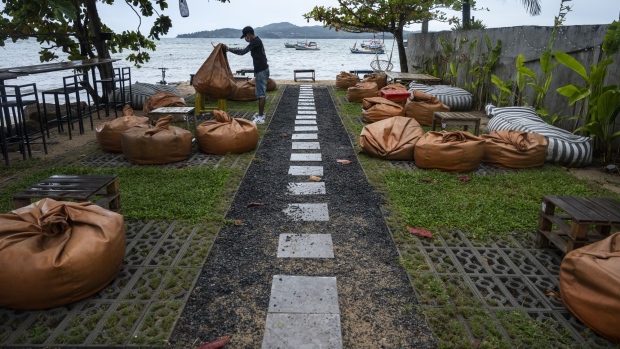 (Bloomberg) -- Thailand’s main Covid task force approved a plan to end quarantine for vaccinated travelers from some countries starting next month in a bid to revive its struggling tourism sector ahead of the year-end holiday season.

Air travelers from the U.S., U.K, China, Germany and Singapore will be exempted from quarantine on arrival starting Nov. 1, Taweesilp Visanuyothin, a spokesman for the Center for Covid-19 Situation Administration, said at a briefing on Thursday.

The panel’s approval was less than the 10 nations targeted by Prime Minister Prayuth Chan-Ocha earlier this week but it may add more countries to the list after due diligence, Taweesilp said.

The panel also shortened a night curfew by two hours to between 11 p.m. and 3 a.m. starting Oct. 16, while reducing the number of provinces deemed at the highest risk of Covid to 23 from 29. But the panel retained Bangkok, a gateway for tourists, in the highest-risk category because of the high number of new cases.

The nod for quarantine-free tourism follows Prayuth’s announcement Monday that Thailand could “not miss the opportunity to entice some of the year-end travelers during the next few months to support the many millions of people” in the tourism and related industries. The number of new cases has fallen to around 10,000 a day from a peak of almost 25,000 in August, allowing the tourism- and trade-reliant nation to permit more economic activities.

Thailand’s vaccinations have picked up pace in recent months with almost 50% of the population receiving at least one dose. The government is all set to exceed its target of inoculating 70% of the residents by the end of the year, according to Prayuth.