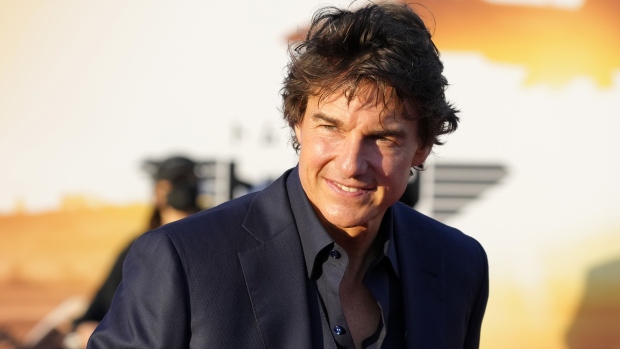 (Bloomberg) -- In the 1986 version of Top Gun, Kelly McGillis’s character, “Charlie,” zoomed around San Diego in a black 1958 Porsche 356. But the little Speedster was actually a replica of the real thing, which is now worth more than $200,000 when in the best condition.

The hero car of Top Gun: Maverick needed no such stand-in. Instead, the 1973 Porsche 911 S that Jennifer Connelly owns as “Penny” is a numbers-matching original car. So is the ’73 911 E that director Joseph Kosinski used on camera as a backup model.

“Penny sails fast boats, so I liked the idea that she drove a vintage Porsche as well,” Kosinski said in an email. “I think the 1973 911 S model is one of their most timeless designs.”

Connelly herself—not a stunt double—drove the factory-correct Silver Metallic 911 S coupe. It was lent to the film by San Diego resident Nick Psyllos. A longtime collector, Psyllos has owned more than 10 Porsches, including a 1972 911 ST tribute car in tangerine orange.

Best of the Best

With the exception of the top-of-the-line Porsche 911 Carrera RS, the 1973 911 S coupe stands alone at the apex of Porsche’s lightweight sports cars from the early ’70s. It’s notable especially because 1973 marked the last of the so-called long-hood, thin-bumper 911s that escaped having bigger, American versions affixed to comply with new safety standards.

Keen viewers of the film spotted the detail right away.

“It was nice to see an old 911 in the film—an S, with the old pre-impact bumper,” Simon Kidston said after seeing the movie on May 25. The automotive broker had just emceed the Concorso d’Eleganza Villa d’Este the weekend prior at Lake Como in Italy, where another silver Porsche—a 356 B Carrera GTL Abarth—won its class.

The high-performance 1973 “S” came from the factory with a 2.4-liter, 190-horsepower engine and the then-novel “Type 915” transmission that offered a simplified shifting pattern. It had now-iconic “deep-six” Fuchs wheels and a new front chin spoiler that reduced front-end lift so effectively that Porsche adopted it across the 911 line.

The car has gained value relatively consistently over the years, with the average price of one in good condition up 9% in the past year. Examples in concours-level condition are worth $229,000, according to car insurance company Hagerty. A silver metallic one sold three weeks ago on Bring a Trailer for $214,412.

Celebrity ownership of most cars does little to bolster their values, according to Johnathan Klinger, a Hagerty spokesperson, unless that celebrity is Elvis Presley or Marilyn Monroe. But a role in a James Bond film adds more than 1,000% to the value of a car compared with those that didn’t feature.

Connelly and Cruise notwithstanding, the Top Gun 911 might fall somewhere in between the two.