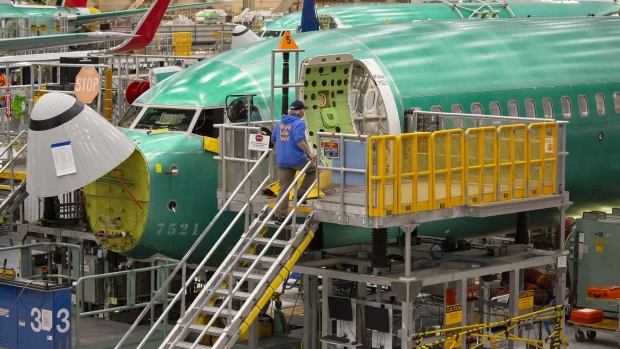 Is Boeing Co. capable of making commercial aircraft at all?

It’s worth asking after an excoriating report by a U.S. congressional committee on the circumstances leading up to the fatal crashes of two 737 MAX planes. The accidents were “the horrific culmination of a series of faulty technical assumptions by Boeing’s engineers, a lack of transparency on the part of Boeing’s management and grossly insufficient oversight” by regulators, according to the report. Pending legislation may tighten that oversight, adding to future costs.

The plane hasn’t flown in more than 18 months, and though European safety officials have finally completed testing that could help return it to service, American Airlines Group Inc. is already seeking to defer planned deliveries.(4)

For all that, the plane may actually be the bright spot in Boeing’s airliners business. More than a decade after first taking to the skies, the 787 Dreamliner is still struggling to make back the vast costs that went into its development. That challenge has been complicated by the impact of coronavirus, which has dealt a particularly hard blow to the long-haul, cross-border travel in which twin-aisle jets like the 787 specialize.

A smaller slate of expected orders and slowing pace of deliveries has left the 787 program close to break-even levels and may result in a loss in the long term, the company said in second-quarter results last month.(2) The more fuel-efficient variant of the 777, the 777X, only started test flights earlier this year but is facing similar problems. A range of potential issues from the coronavirus to supply chain and aircraft certification wrinkles could push it into the red in the future, Boeing warned.

The 737 MAX has more than its share of woes — but thanks to the vast numbers on order and the same skimpy development budget that led to its poor safety record, that sort of financial insolvency isn’t yet one of them. Even now, there’s no warning from Boeing of potential losses on the program as a whole, and analysts tend to agree that it should make money as airlines do their best to stop shorter-range jets turning into an Airbus SE A320 monopoly.

That’s still a pretty dismal record. With the exception of some extended-range variants of earlier versions of the 737 and 777 and a handful of 747-800s that are now likely headed for the boneyard, Boeing may be facing a situation where it hasn’t introduced a truly successful new passenger jet this century. Things aren’t likely to get any better over the years ahead as the airline industry deals with an extended bout of post-viral syndrome.

Still, prophets of doom for the business as a whole should reckon with the fact that, outside of selling new commercial aircraft, the picture doesn’t look all that bad for Boeing.

For one thing, it has a substantial business selling military equipment, which tends to do well in times of international strife — and few would now predict that the 2020s are likely to be a particularly peaceful decade. The forward price-earnings ratio for the defense-heavy aerospace sub-index of the S&P 500 has been running at elevated levels, comparable to where it was around the peak of the Iraq War.

Through much of the 2000s, Boeing’s defense business rather than its passenger jets drove the bulk of earnings. The latest budget from the U.S. Department of Defense suggests the coming years could be similarly lucrative. To take one example, the Pentagon requested US$8.7 billion for buying 76 of Boeing’s F-15EX fighters through 2025, with plans to purchase another 68 by the early 2030s. On top of that, Boeing has seen rising profits from its services and maintenance business, which has the best operating margins of all its main units.(1)

Boeing shares are still down nearly 50 per cent this year. While that’s probably justified by the grim outlook that COVID-19 has cast over the aerospace industry, its valuation doesn’t look stretched. Comparing its enterprise value to blended three-year earnings before interest, taxes, depreciation and amortization,(3) the current multiple of 10.8 is pretty much where it’s been trading for three years — and the dividend yield, at 8.4 per cent, is the best Boeing investors will have seen since the early 1980s. 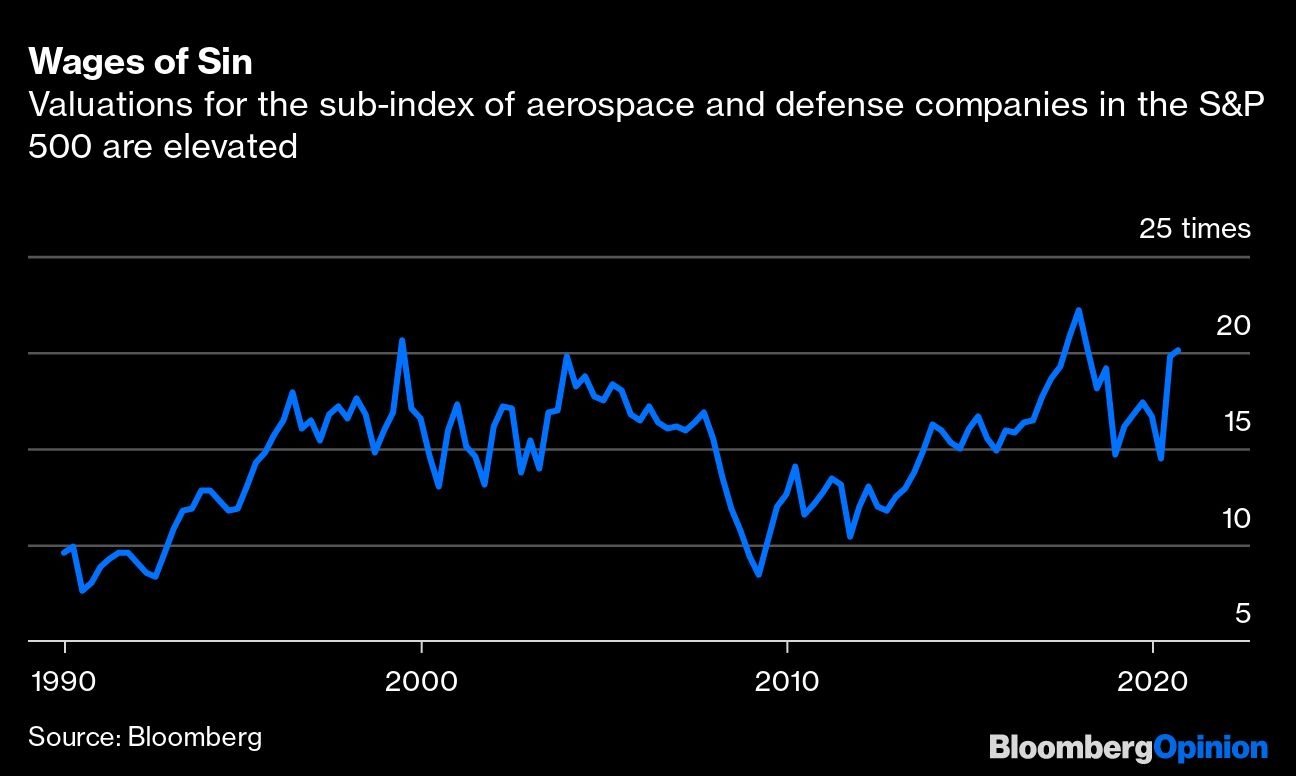 By the lights of normal commercial companies, the situation in Boeing’s most important division should be leaving it in a horrendous place. But, as my colleague Brooke Sutherland has written, Boeing isn’t just a normal commercial company. For all aircraft manufacturers protest that they’re the only true capitalists and their rivals are addicted to state funding, both Boeing and Airbus are unofficial public-private partnerships that exist as much for strategic as financial reasons. Those geopolitical imperatives are likely to grow stronger over the years ahead, as Commercial Aircraft Corp. of China Ltd. tries to crack apart their north Atlantic duopoly. Boeing has its share of problems, but the U.S. government will always have its back.

(1) Since the European Union and the U.S. take up such a large share of the global aviation market, traditionally most aviation safety regulators have followed their cues on whether to approve aircraft for operations.

(2) Boeing's program accounting measures the earnings from aircraft against the discounted value of their development costs. That means the overall profitability of a new plane may not be finally determined for a decade or more until all aircraft have been delivered and paid for, although order books and production plans give a good idea of the numbers well in advance.

(4) We picked a relatively long time-frame to look through the impact of the current slump.