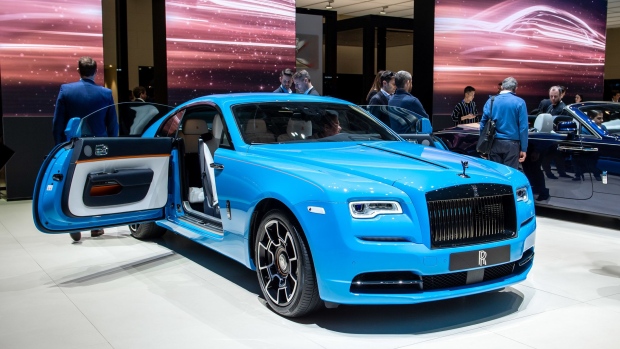 It’s hard out there if you love cars and you’re tall.

I once owned a 1988 Mercedes-Benz 560 SL, like the kind Richard Gere would have driven in a moody Seattle fog during his Intersection days. It was a very cool car, but not a good fit for me. Literally. Well over six feet tall in my customary boots and some sort of hat, I would have to tilt my head and slouch any time I needed to see the stoplight turn green. Which, as you might imagine in a city like Los Angeles, is rather often.

I never got comfortable in the little black coupe. Its small cabin, made even smaller by freshly overstuffed leather seats, wreaked havoc on my hamstrings and neck.

I no longer own it. But the Merc got me thinking. My brother is 6 foot 7 inches tall. My dad is 6 foot 4 inches. My aunts hover around 6 feet. Many of my uncles and male cousins are varying ranges of 6’5’’ and 6’6’’. They would have cried trying to wedge themselves inside it, let alone many other cars that are even smaller.

At least in modern luxury cars, the seats and steering wheels can be raised and lowered, and seat belts can be adjusted for height. And there will always be slightly more foot and knee room (though less street cred) in paddle-shifting cars that lack the third pedal and clutch of a manual transmission.

If they really need it, NBA players and supermodels can also pay for customizers to lengthen and rebuild cars to fit their knees, shoulders, and elbows. (Cramming knees under some steering wheels is a particular challenge for many.) Simply removing the seat rails can help gain an inch or two of headroom in some cases. But shouldn’t the more regular of us tall people be able to have our fun, too, in a proper car—without having to always opt for an SUV?

Even convertibles present problems of their own: First, tall people in convertibles often end up finding that their eye-level is even with the top of the windshield, which totally blocks our view of the road and stoplights. It’s very distracting and annoying.

And second, for those of us who are extra tall, or have disproportionately long torsos, it can look a bit “bear at the circus” driving around town in a tiny roadster. Imagine Shaquille O’Neal in a Miata.

Here’s the thing: There are some great modern and vintage luxury cars, and sporty coupes, that offer plenty of room for those of us who were always told to stand in the back row during photo day in grade school. I now own a 1975 Rolls-Royce Silver Shadow. Long-wheelbase version—that’s 17 feet long. The thing lets me stretch out like Gumby. I’m certain Naomi Campbell herself would be comfortable in the back—even with heels and hat.

Here are 10 similar winners both modern and vintage.

Headroom: 38.9 inches
Legroom: 42.1 inches
Price: US$130,000
In general, anything approaching 40 inches of headroom in a coupe is considered big. The headroom in this 617-horsepower executive hooligan beats that of the Porsche 911 by nearly 2 inches. Both the two- and four-door variants in the M8 line offer ample breathing room; the extra doors and extended wheelbase of the four-door version, which boasts shoulder room of 57.2 inches, give it the edge for more statuesque passengers and drivers.

Headroom: 40.1 inches
Legroom: 41.9 inches
Price: US$207,825
The ultimate in British sporting luxury, the 626-horsepower W-12 Continental GT looks and feels big and brawny from every angle including from behind the wheel—and its interior will fit the big and brawny, too. I’ve taken a drive in many versions of this sleek coupe, but the most memorable would be a 350-mile road trip to Carmel, Calif., ahead of the Pebble Beach Concours d’Elegance. Six hours straight behind the wheel did nothing to cramp my muscles; the car is deceptively large inside, like a big padded cocoon.

Headroom: 39.4 inches
Legroom: 41.5 inches
Price: US$343,000
Edged out just a hair by Bentley, the 624-horsepower V-12 Wraith is still among the roomiest and most powerful two-seaters available on the market today. The carriage-style doors help ingress and egress for the big and tall driver.

Headroom: 39.5 inches
Legroom: Not released
Price: US$167,650
Mercedes says shoulder room in the 720-horsepower GT R is a healthy 58.3 inches, even if it won’t share the official length available for legs. I have driven this car extensively over the course of several different press loans; it has long been a favorite. In 2018, it was even my top car of the year. I called it a winner with an exhilarating personality and a screams-for-attention look that would make even the most calloused Manhattan garage attendant grin like a 12-year-old. (Trust me, it did.) The AMG GT has a pleasantly ergonomic (though low) cabin with healthy visibility and plenty of room for heads and feet once you get inside, I wrote at the time.

Headroom: 40 inches
Legroom: 41.7 inches
Price: US$174,150
Yes, there are two modern Mercedes-Benzes on this list—but the storied Stuttgart, Germany-based brand just makes some of the biggest, baddest (in the best way) cars out there. This 603-horsepower coupe is practical as a daily driver, but the internal space and the most futuristic, well-thought-out dashboard and progressive, convenient technology available on the market today make it as fun to drive as many cars that seem more plush or look far sportier.

Headroom: Two inches more than the standard E-Type.
Legroom: Enough to fit a nearly 6 foot tall woman like myself both behind the wheel and, if in the passenger seat, still have room for a German shepherd in the footwell. The seats can feel low and slightly reclined, but this is one of my all-time favorite old cars to drive, and the roomy cabin is one of the reasons.
Price: US$40,000 or so, according to Hagerty
At the time of its construction, the E-Type was the epitome of British style: curved but sleek, fast and powerful, and—in this elongated 2+2 four-seat format—long enough for the lankiest of England’s rock ‘n’ roll royalty. It may look low but this car is more than 15 feet long, with a top that is gently rounded like a bubble to allow for max headroom.

Headroom: With the famous racing-derived tubular frame that necessitated gullwing doors, there’s room enough for your cowboy hat and then some. You’ll actually be reaching high above to close those fabulous doors.
Legroom: Enough so that 12 hours a day in the thing doesn’t drive you mad.
Price: US$896,000 on average, according to the Hagerty Price Guide, but well over US$1 million for the best examples from the best years. (Between 1954 and 1957, the Mercedes-Benz 300 SL was offered as a gullwing coupé; between 1957 and 1963 it came as a roadster.)
Largely credited as the first modern supercar, the 300 SL feels practically cavernous compared with most other two-seaters of the era. When I drove one in the Silvretta Classic and later in the Mille Miglia rallies, I was shocked to discover that at the end of each of the multiple days of driving, I was not crumpled and compressed into a ball of aching muscles. The foot wells were long enough to straighten my legs fully; the steering wheel helpfully unhooks and hinges upward for simple access to the drivers’ seat. I loved every minute inside this car, and at rally’s end, I didn’t want to leave it behind.

Headroom: Fit for a Queen – including her crown.
Legroom: An extensive wedding dress train is no problem here—all aboard.
Price: US$20,000 for a drivable example.
The Silver Shadow is a perfect example of a car that doesn’t cost a lot—but makes you feel like a million bucks. With the added benefits of deep-pile lambswool carpeting, lighted mirrors set in the c-pillar, and even footrests for rear passengers, the interior trimmings do much to make the car feel opulent.

Headroom: 39 inches
Legroom: 41.1 inches
Price: US$21,000
American-made cars of the 1950s and 1960s are a great segment to consider for those who are tall. The generously proportioned Lincoln Continental upstaged its rivals from Cadillac with unusually graceful styling and smooth driving.

Headroom: Let’s just call it better than most other vintage Ferraris, which seem to have been made for the typical (and typically short and light) race car drivers of the day.
Legroom: 46.1 inches (rumored)
Price: US$66,700
It’s easy to love the 308 Dinos, Mondials, and Testarossas of the Ferrari world in the late 1970s and 1980s, but for tall people those cars can feel restrictive, with lots of blind spots. (My 560 SL would feel like that Silver Shadow in comparison.) Instead, look to the ‘90s for something a little more livable. The F355 was one of the first Ferraris created to excel as a daily driver, not just a track car or weekend toy, so it featured a roomier cabin, better sightlines, and comfier seats than its predecessors, while retaining the historic and unmistakable Ferrari design that looks closer to the Miami Vice-era Ferraris than those that came after it. Plus: Shaq himself had one!