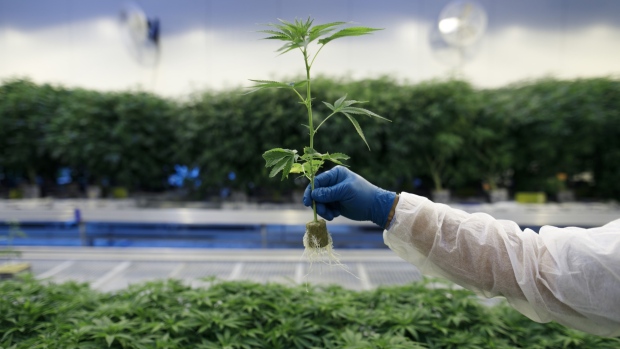 Almost exactly a year ago, a small Canadian cannabis company was generating a lot of buzz (sorry, couldn’t resist the pun). Despite trifling quarterly revenue of US$9.7 million, Tilray Inc.’s (TLRY:UN) market capitalization got so high (sorry again, I’ll stop) that it briefly eclipsed that of major companies people have actually heard of, such as American Airlines Group Inc. (AAL:US). 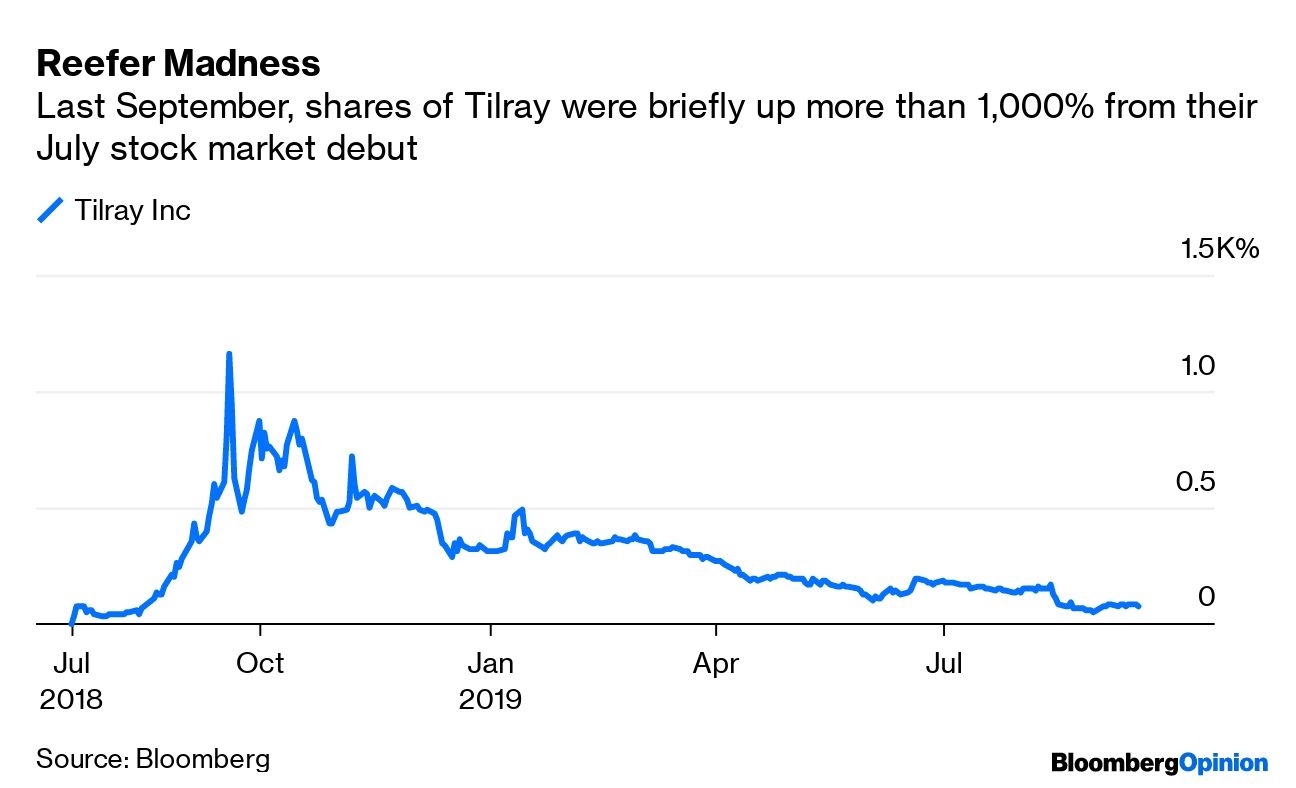 The boom quickly faded — not surprising, given how senseless it looked even in the moment — and Tilray’s stock has continued to decline. And the cannabis sector has also stumbled recently. 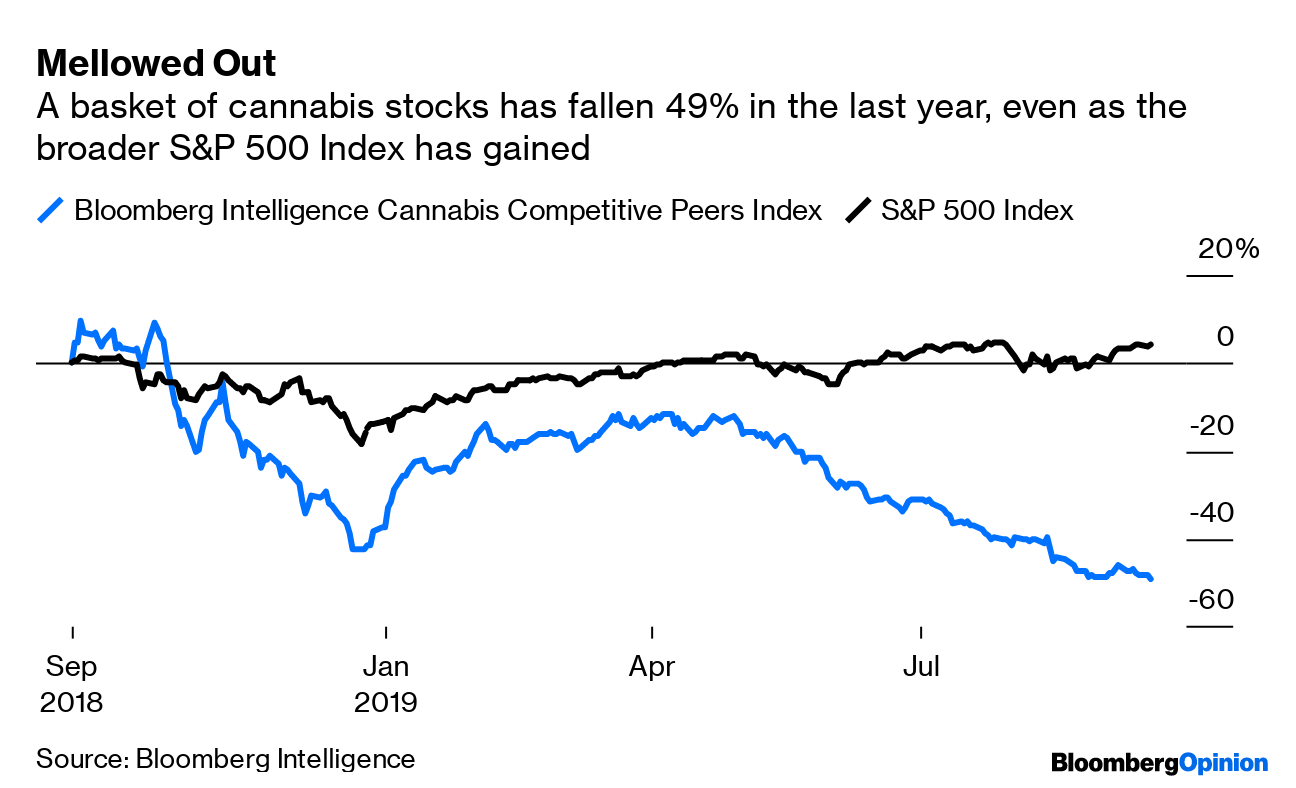 But this dampened enthusiasm for marijuana stocks does not necessarily reflect fading prospects for the marijuana market, which still has promise. Instead, it is related to short-term challenges associated with a bumpy rollout of legal marijuana in Canada, which are making it hard for winners to quickly emerge.

In October 2018, Canada became only the second country to legalize recreational marijuana. But it’s still not particularly easy for Canadian consumers to get their hands on cannabis, as the pace of dispensary openings has been slow.

In a research note, Vivien Azer of Cowen & Co. offered this example to demonstrate how sparse dispensaries are, on a per capita basis, in Ontario, the country’s most populous province: 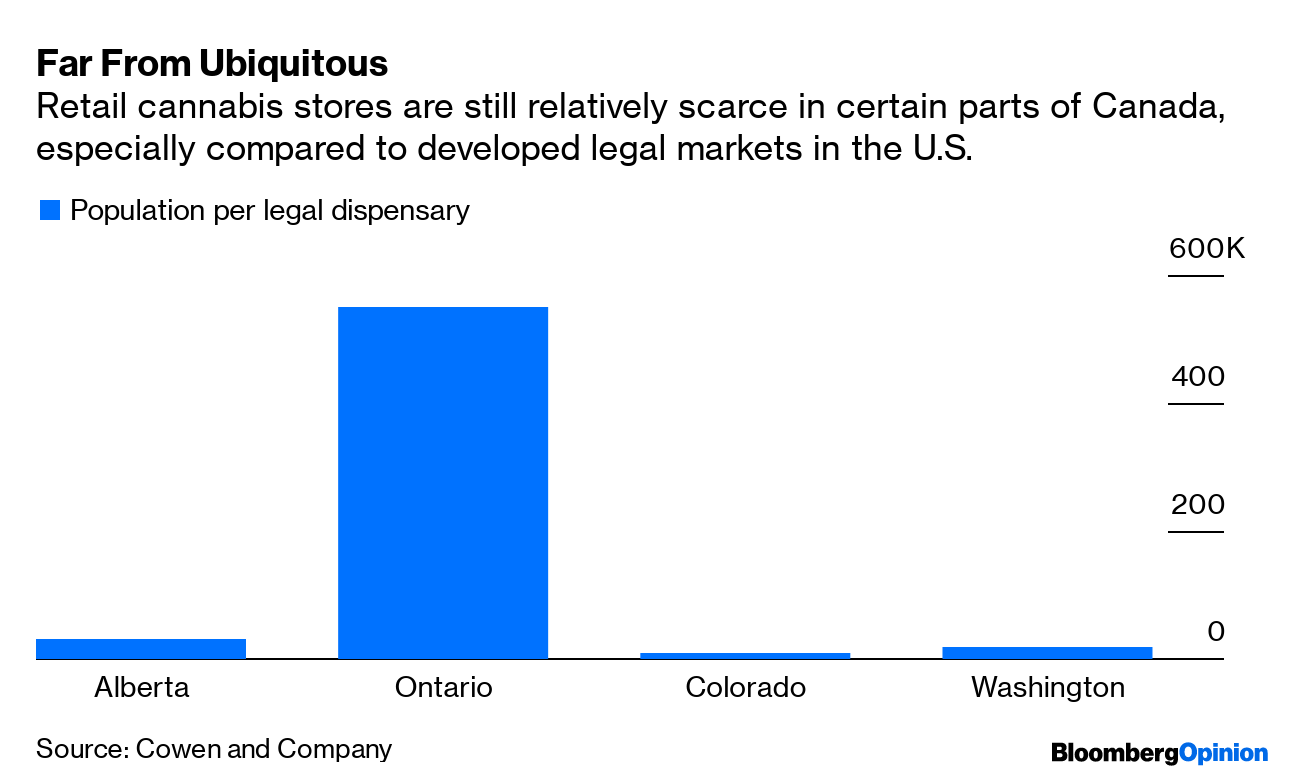 Kenneth Shea, a Bloomberg Intelligence analyst, notes that even within the small ecosystem of stores, it’s been tough in early days to match supply with demand, with dispensaries sometimes sold out of higher-quality strains.

In this fast-evolving, Wild West of a market, some industry heavyweights have ended up disappointing investors with their recent sales or profitability figures. Aurora Cannabis Inc. (ACB:CT), for one, had said in May it was on track to achieve growth in adjusted earnings before interest, taxes, depreciation and amortization in the fourth quarter. When it reported results last week, it said it had failed to meet this target, citing “challenges at the retail level” that were “beyond its control.”

That doesn’t mean there aren’t realistic paths for the industry’s leading companies to earn more revenue as they bolster their capacity and as the forthcoming addition of more Canadian retail locations gives them a chance to court more customers. Plus, some of the biggest opportunity in Canada is yet to come: In the first year of legalization, the country allowed sales of only certain cannabis products, including smokeable flower and oils. Edibles and beverages are to be phased in later this year, potentially drawing interest from a wider swath of consumers who aren’t interested in smoking but are curious about cannabis.

Looking beyond Canada, forecasts suggest medical and recreational markets will continue to open up worldwide, providing ample opportunity for long-term growth if these companies can ramp up their supply quickly and build compelling brands. 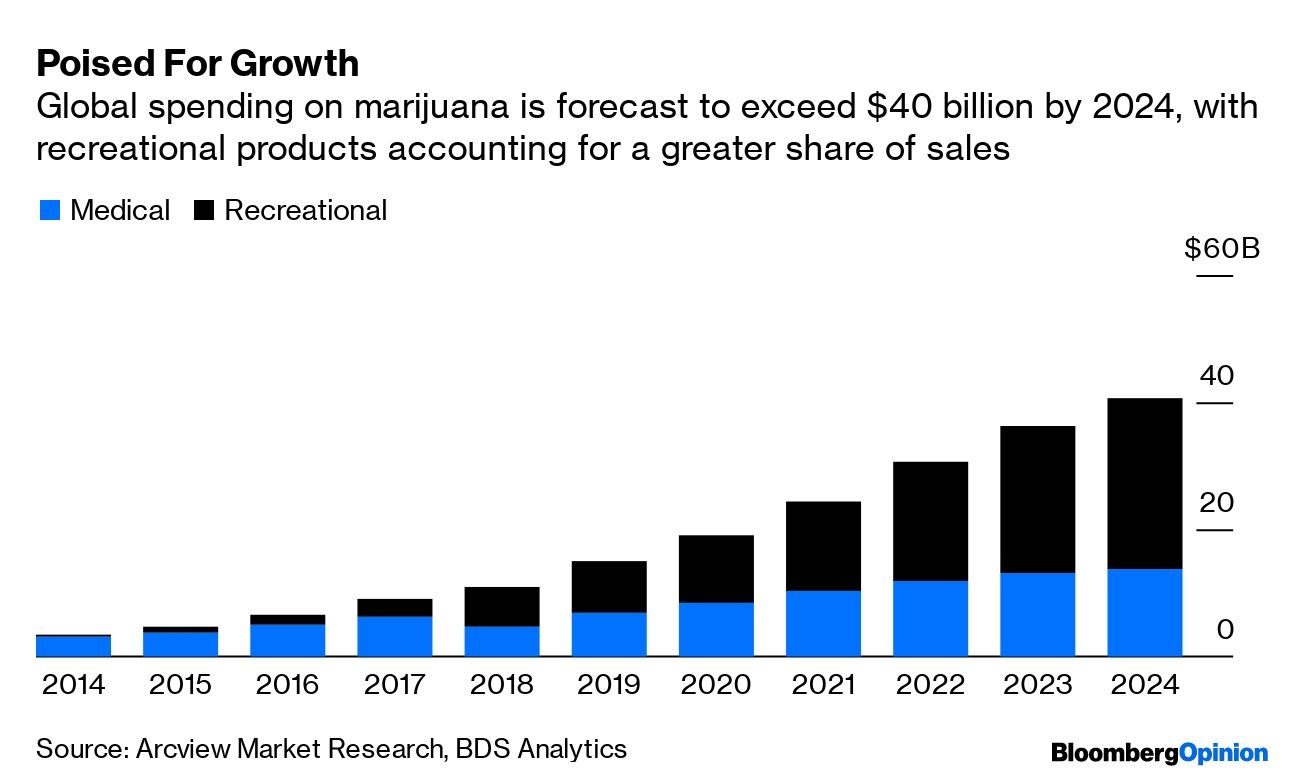 So, a year after Tilray’s wild ride, investors seem to be getting more cautious about cannabis stocks. It’s hard to know which companies will eventually prosper — and it’s risky to try to make a quick investing buck from it. The outlook for the industry as a whole, however, remains plenty upbeat.