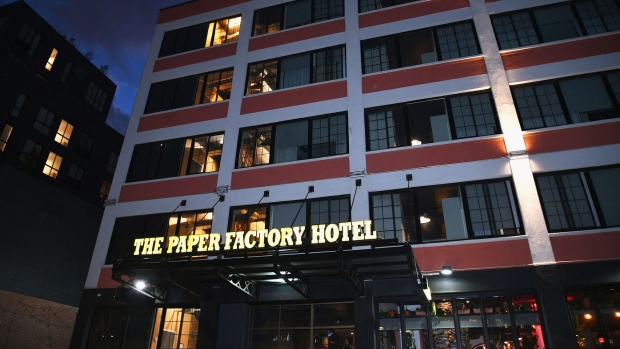 (Bloomberg) -- The Collective, an operator of small apartments that promote hip community living for young renters, is considering putting its business up for sale, according to people familiar with the process.

The privately-held co-living firm, which has properties in London and New York, has appointed Credit Suisse Group AG to conduct a strategic review which may lead to a full or partial sale, the people said, asking not to be identified because the plan is private. There’s no certainty that the review will lead to any sale, the people added.

Representatives for The Collective and Credit Suisse declined to comment.

The nascent co-living market, with its small apartments and focus on shared amenities, has been hard hit by the pandemic. Government restrictions have forced operators to suspend some perks, limit mixing and stop all but essential travel. That’s stalled the rapid growth of a sector that tapped into young peoples’ struggle to afford their own homes and desire for a sense of belonging and community.

The Collective’s current portfolio includes properties in west London and the capital’s Docklands district, as well as the Paper Factory in Long Island City, New York. Members get access to perks including gyms, co-working space and a library, and can stay there for months or just days at a time. The Docklands venue offers a rooftop swimming pool with views overlooking Canary Wharf.

The current valuation of the company isn’t known. It has a 140 million pound ($198 million) loan from lenders including Deutsche Bank AG, with terms that have twice been amended since the onset of the pandemic, according to filings. It’s drawn 80 million pounds from the facility, one of the people said.

The firm’s latest accounts are currently overdue, according to a separate filing.

The Collective was forced to suspend non-essential bookings at its U.K. sites during the height of the coronavirus lockdowns and continues to ban outside visitors unless they’re part of its members’ social bubbles, according to its website.