The convergence of Blockchain, AI, and Fintech ushers in a new era of finance - BNN Bloomberg
{{ currentBoardShortName }}
Markets
As of: {{timeStamp.date}}
{{timeStamp.time}} 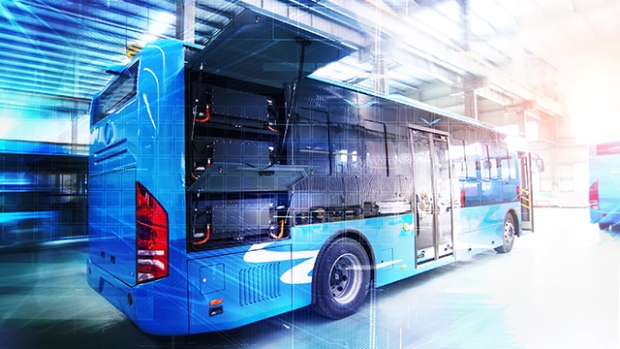 Communities across the world will benefit from investments in electric vehicles. , Image courtesy of Market One Media

After grinding through a particularly brutal “crypto-winter” the cryptocurrency industry experienced a recent surge, only to slump again. With painful pullbacks, gravity-defying run-ups and whispers of a bubble, it is easy to see why investors are skittish.

In this volatile environment, the token-based economy is working hard to prove its viability, in large part because cryptocurrencies are seen as inextricably linked with technologies like Blockchain. While Blockchain was developed to ensure cryptocurrencies can be used securely, there are a myriad of other exciting uses for this technology, especially when combined with AI.

The Blockchain and AI spaces are filled with companies that offer some way to invest in these paradigm-altering technologies, but companies that successfully wed Blockchain with AI to create robust fintech solutions have been slow to emerge.

The key to bridging this gap is the ability to combine Blockchain’s facility at creating smart contracts with AI’s ability to make data smarter and more useful. Together, the two technologies have the potential to transform the markets for digital assets, including digital asset securitization.

In offering a platform-as-a-service model (PaaS) for fintech solutions, Ideanomics (NASDAQ: IDEX) is a company focused on harnessing the power of Blockchain and AI.

Driven by the vision and leadership of chairman, Dr. Bruno Wu, Ideanomics has been leveraging Wu’s contacts in China and his understanding of the fintech ecosystem to secure significant partnerships.

Tony Sklar, the company’s vice president of communications, describes Ideanomics as “an advisory and platform-as-a-service company that is using a core set of technologies to offer a full-service fintech platform which positions the company as a trusted counter party to large-scale asset holders looking to gain access to liquidity.”

Thanks to the Blockchain basis of asset digitization, Ideanomics makes it easier to track financial assets such as Asset Backed Securities (ABS) and over-the-counter contracts. Proof of concept has come courtesy of a steady stream of deals, particularly from large cities and municipalities in China.

One key deal among Ideanomics’ recent wins was a US$24 billion agreement with the National Transportation Capacity Company (“NTS”) to issue fixed income lease financing products to fund the electrification of China’s bus system.

“This is a truly groundbreaking deal globally for Blockchain-based fintech companies to gain such a large-scale, asset-backed, contract. It represents a new era and a paradigm shift in the way in which we view asset-based financial products; it will serve as a window to the world on how asset value and liquidity can be unlocked by traditional industries as we take fixed income products into the digital era.”

The deal will use Blockchain to record the underlying assets, a first in major asset-backed financing, to securitize asset-based financial products designed to raise RMB 60 billion (US$8.75 billion) over three years. It will provide an additional US$15 billion in fixed income and asset digitization products during this period. AI will be employed to review the efficiency of the underwriting, recording of assets, and market performance of the offering.

The AI output will be used to create efficiencies in the underwriting and marketing, as well as provide future market indicators for the performance of such offerings. These benchmarks will become mainstream in the future and will help investors evaluate such transactions for investment purposes.

Wu said of the transaction, “This is a truly groundbreaking deal globally for Blockchain-based fintech companies to gain such a large-scale, asset-backed contract. It represents a new era and a paradigm shift in the way in which we view asset-based financial products; it will serve as a window to the world on how asset value and liquidity can be unlocked by traditional industries as we take fixed income products into the digital era.”

Ideanomics strengthened its participation in the electrification of China’s bus fleet last month by inking a joint venture with Beijing Central Finova Financial Service Co. (“BCF”) to convert up to 800,000 tour buses by 2022.

The JV deal makes the company the exclusive agent and beneficiary of the consortium BCF has pulled together to finance and implement the upgrade. The deal is valued at up to RMB 800 billion (US$118 billion) and will provide the joint venture with 15-20 per cent sales commissions on the vehicles, fees between 0.5 and 1.00 per cent on the lease financing, and fees of between 1-2 per cent on the issuance of other asset-backed securities.

In addition to the one-time fees from the financing portion of the deal, the consortium will have the right to sell and franchise charging station networks and to manage — and monetize — passenger data platforms.

Another project with the potential to provide Ideanomics with recurring revenue is its recent deal with Ningbo Free Trade Zone Cross-Border Supply Chain Management and Settlement Technology Co. (“NFTZ”). The NFTZ services the Port of Ningbo-Zhoushan, the first port to handle one billion tonnes of cargo traffic in a year.

Ideanomics will have numerous revenue stream opportunities. Among those will be a share of fees in connection with up to RMB 500 million (US$74 million) per day of payments and settlements. The company will also provide NFTZ with fintech service support for the NFTZ Clearing Company settlement platform.

“By using Blockchain and AI to track the provenance of goods, we’re bringing clearance brokerage, in baby steps, into the next technological era,” Sklar said of the deal. The hope is that, by applying its fintech know-how to the business of customs clearance, Ideanomics can help reduce the fees charged by brokerages, thereby mitigating that friction point in the global economy.

Right now, Ideanomics’ big deals are coming from the fees associated with the traditional  finance and underwriting business. While large, those tend to be one-time revenue hits. The tour bus and the NFTZ deals have the potential to provide the company with recurring sources of revenue, which will be significant to its long-term success.

Given the speed with which Ideaonmics is forming new partnerships, its growth profile appears robust.