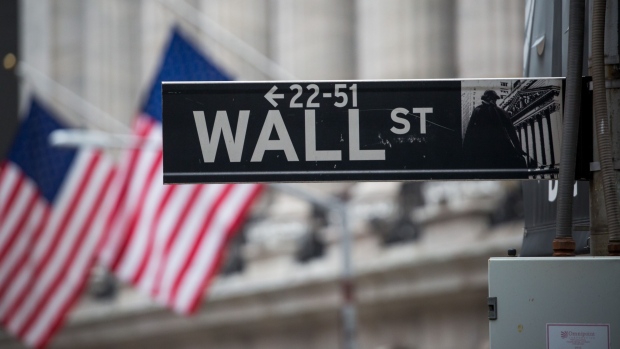 From a 2,997-point rout in the Dow to two nine per cent single-day rallies in the S&P 500, the 2020 stock market has served up a raft of tantalizing sessions for would-be market timers. Hours came and went in which whole years could be made or lost.

But for all the dizzying turbulence, it’s worth noting that the S&P 500 is nearly flat for anyone who sat tight and held through the chaos. Mistakes stand out in an environment like that -- the back-breaking costs of even a few wrong moves in a market as turbulent as this one. Maybe volatility is the time for active managers to shine, but the downside of getting it wrong has rarely been greater.

One stark statistic highlighting the risk focuses on the penalty an investor incurs by sitting out the biggest single-day gains. Without the best five, for instance, a tepid 2020 becomes a horrendous one: a loss of 30 per cent.

The exercise highlights the danger of trying to call the market’s peak, something that investors are feeling tempted to do now with the S&P 500 hitting a wall at the 3,200 level, coronavirus infections rising and the worst earnings season in a decade about to kick off. In a recent survey conducted by Citigroup, more than two-thirds of investors see a 20 per cent decline in the market as more likely than a gain of a similar amount.

“We want to be tactical,” Yana Barton, a fund manager at Eaton Vance Management, said in an interview on Bloomberg TV. “But the problem is, it’s easy to get out and you don’t know when to get back in.”

However prudent it sounds, the cost of bearishness is exemplified by the hedge fund crowd, whose reluctance to embrace equity gains is one reason they’ve lagged behind the market. In perhaps the most famous case to date, legendary investor Stan Druckenmiller told television interviewers he was “far too cautious” and had made “all of three per cent in the 40 per cent rally.” Broadly, hedge funds that focus on equities were down 6.3 per cent in the first half, according to data from Hedge Fund Research. That compared with a total decline of 3.1 per cent in the S&P 500.

Still, the urge to take the money and run is understandable after the S&P 500 has rallied 40 per cent from its March bottom, a pace of gains that eclipses any in nine decades. Profits are estimated to have plunged 44 per cent in the second quarter, billions of dollars in buybacks are shelved and the stay-at-home trade is back in vogue. But economic data from housing to employment is improving, retail investors are warming up to stocks and the Federal Reserve pledges indefinite support.

With the number of two per cent days piling up for the S&P 500 at a pace not seen in decades, the halfway point of 2020 might look like a great time to pack it up and go home. Looking back, on the other hand, one had to have perfect prescience to have made a timing strategy work any time up to now. The benchmark dropped more than five per cent on five sessions, four of which occurred in March. The same month also accounted for four of the five biggest gains, totaling more than 900 points.

“There were no flashing signals that those were the days that were going to see huge upside,” said Chris Gaffney, president of world markets at TIAA Bank. “If you look back, they are unexpected. We get some of the biggest rallies on those unexpected days and so if you’re timing the market and you’re out of them, you’ve missed out on all of the rally really.”

Sell high and buy low. It’s investing 101. But an ill-timed decision to do either can open the door to career-threatening pain. Getting out at the top may seem like the way to maximize returns. But over the past century, the S&P 500 had suffered 13 bear markets before this year, with all of them seeing losses fully recovered and the index eventually exceeding its prior peak by an average 68 per cent.

“People are always hopeful that they can time the market, and most people try and time the market based on emotion rather than logic,” said Olivia Engel, chief investment officer of State Street Global Advisors’s active quantitative equity team. “From a couple of decades of investing, I would say that timing the market is just really hard and if it was easy, we’d all be very rich.”

As hard as it is, that hasn’t stopped investors from trying. Bears, in particular, haven’t given up on their calls for the S&P 500 to crash, potentially revisiting its March low.

If history is any guide, that scenario may not play out when stocks have gone this far in a rebound. During the eight market cycles since World War II, only once did the S&P 500 come within 5% of its bear market trough after three months had passed, as is the case now, according to a study by BMO Capital Markets.

“You can’t buy it one day and sell it the next and think you can outfox the market. You can’t do that,” said Gary Bradshaw, a portfolio manager at Hodges Capital Management in Dallas. “The way you make money in the market is you buy good companies and you hold on.”