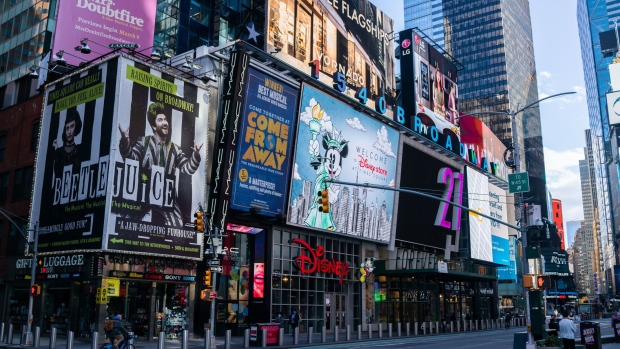 Broadway billboards are displayed in the Times Square area of New York, U.S., on Tuesday, May 12, 2020. , Bloomberg

Imagine spending US$834 million an hour for 18 months.

That’s how much central banks have spent buying bonds since the pandemic hit, according to Bank of America Corp. strategists, who estimate the Fed alone has put in US$4 trillion.

It’s a statistic that speaks to the unprecedented wall of money that kept companies afloat during lockdowns and sparked the biggest stock market rally of a generation. 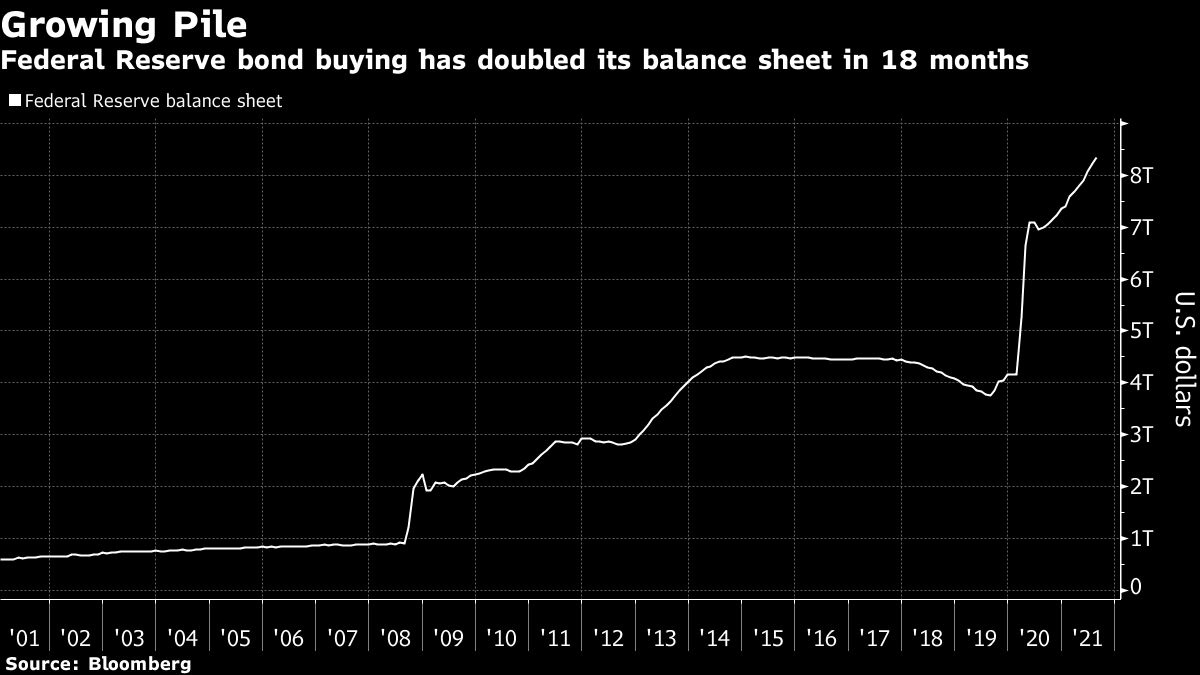 With central banks sucking up so much of the bond market and forcing down borrowing costs, there’s now more than US$16 trillion in debt with a negative yield. And it’s part of the reason why money managers say they’ve got no alternative except to keep buying up stocks.

For investors, the big question is how much longer can central banks keep the cash spigots flowing at full force. At the Fed’s last meeting, most policy makers agreed the tapering could start later this year.

The delta variant could be the wild card. In New Zealand, the central bank refrained from raising interest rates after the country entered a three-day lockdown. But as Bank of America pointed out: “Investors have zero fear of central banks.”