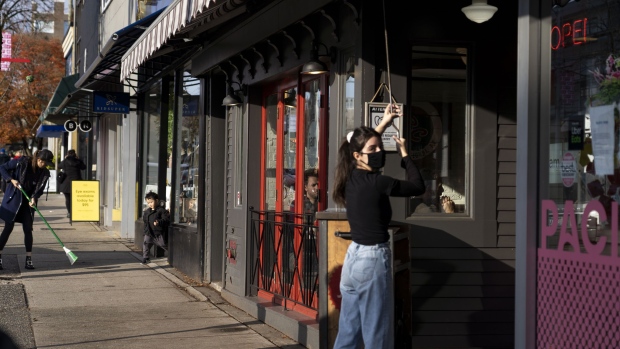 A worker wearing a protective mask opens an awning outside a Vancouver restaurant on Nov. 21, 2020. , Bloomberg

The Canadian economy is expected to extend its employment recovery momentum in August when the latest round of jobs data is released. Economists are expecting on average a gain of 67, 500 jobs last month following the 94-thousand increase reported in July. The employment rate is expected to drop to 7.3 per cent in August from July’s 7.5 per cent.

Peter Rockandel will take over the top job at Lundin Mining on Jan. 1, 2022. The announcement comes after CEO Marie Inkster informed the board of directors she would be stepping down at the end of this year. Rockandel will also join the board in the New Year when he assumes his new duties as president and chief executive.