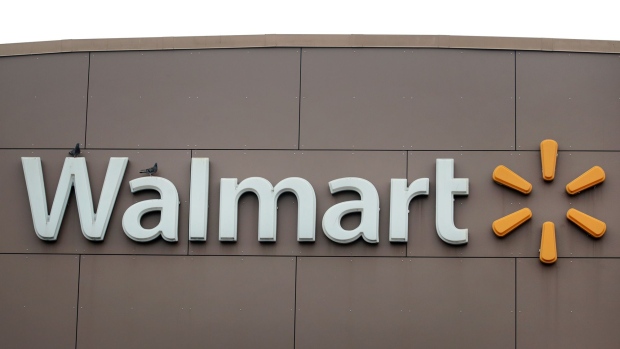 A sign hangs outside of a Walmart store on May 19, 2020 in Chicago, Illinois. , Getty Images North America/Scott Olson

Canadians are suddenly feeling markedly better (err, less bad) about their debt-heavy finances. According to the latest survey from MNP, 40 per cent of respondents are concerned about their borrowings (down from 46 per cent in the previous survey), and 61 per cent say they can cover the cost of living over the next year without going deeper into debt (up from 58 per cent previously). Bunch of factors at play in bolstering confidence, including emergency relief measures and the reality of lockdowns making discretionary spending more challenging.

WAGE SUBSIDY ON AGENDA IN HOUSE OF COMMONS

The federal government’s plan to extend and modify the Canada Emergency Wage Subsidy is on the agenda today in the House of Commons after lawmakers were recalled to consider the legislation, which the Bloc Quebecois has already indicated it plans to support. We’ll continue gathering reaction to the program’s new sliding scale and the complicated web of factors that more than a few observers have noted are bound to keep accountants busy. Might be especially insightful to hear from leaders in the restaurant industry after Toronto Mayor John Tory’s public call yesterday to toughen rules for that sector ahead of moving into the next stage of reopening the country’s largest municipal economy.

WALMART INVESTING $3.5B IN CANADA

The spending, which will take place over the next half-decade, is being earmarked for two new fulfillment centres (in Vaughan, Ont. and Surrey, B.C.), renovations at 150 stores across the country, and a long list of technology updates that Walmart says will improve the customer experience. We’ll learn more about the plan, and perspective on the impact of COVID-19, when we speak with Walmart Canada President Horacio Barbeito shortly after 8 a.m. ET.

European Union leaders spent much of the weekend squabbling over the structure of a 750 billion-euro COVID-19 relief fund, with a bloc of nations led by Netherlands Prime Minister Mark Rutte digging in their heels against allowing too much to be disbursed as grants. Now, our Bloomberg partners are reporting all sides are close to agreeing on the fund’s composition, with discussions set to resume in Brussels at 10 a.m. ET.

-Some encouraging news today in the race for a COVID-19 vaccine. Results from an early study of the product being developed by AstraZeneca and the University of Oxford support proceeding to Phase 2 and 3 studies, according to the findings published in The Lancet medical journal, which noted the vaccine was “safe and tolerated”. Both partners in the vaccine development have pointed out there’s still much work to be done before its effectiveness can be determined.

-Chevron Energy announced a friendly deal this morning to buy Noble Energy for US$5 billion in an all-stock takeover. CEO Michael Wirth is touting the deal as an opportunity to “enhance geographic diversity, increase capital flexibility, and improve our ability to generate strong cash flow.” Noble is a big player in the U.S. shale, but also worth noting it has Newfoundland offshore assets.

-We’ll watch shares of Linamar after the auto parts maker said late Friday its second-quarter loss will not be as large as originally forecast.

-Another scoop involving a major Canadian cannabis producer: this time, David George-Cosh has learned Aurora Cannabis is planning sweeping job cuts in Europe. Watch for the full story at BNNBloomberg.ca

-Yamana Gold today announced it’s in the “advanced stages” of listing its shares on the London Stock Exchange in a bid to broaden its European shareholder base. According to Bloomberg data, 4.1% of YRI shares are currently held by U.K. investors.