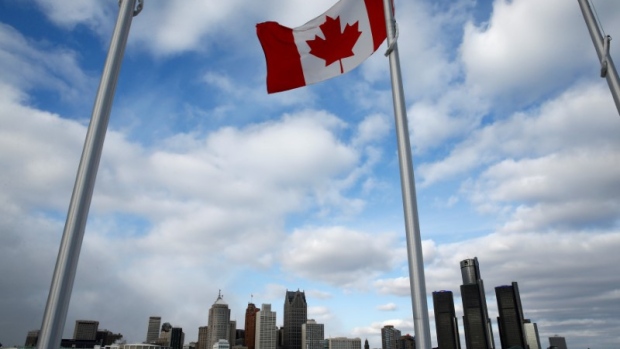 The federal government soon has to make a crucial decision for the travel and hospitality industries: stay the course on rigid border and isolation restrictions or loosen up for the crucial summer holidays season as vaccination rates climb. Our Bloomberg News partners are hearing it will be the latter, with a report that the federal government is “preparing to ease” rules for fully-vaccinated travelers. An announcement is expected within days; while the specifics aren’t clear, presumably this will be welcome news for border towns, hotel operators, and countless other business owners. We’ll chase reaction.

It didn’t last long, but it was another reminder of our digital dependence and the vulnerabilities therein. Shopify, The New York Times, Reddit and Amazon are just a few of the names that were affected by an outage this morning that introduced many of us to a company called Fastly, which helps shuttle data across the internet and whose shares at one point were down more than two per cent  in pre-market trading. In a tweet shortly after 7 a.m., Fastly pinned the blame on a “service configuration” and said its network was ramping back up.

For the first time since the cyberattack that crippled the crucial American gasoline pipeline, the chief executive officer of Colonial Pipeline will speak publicly today when Joseph Blount addresses a U.S. Senate committee hearing on threats to critical infrastructure. His remarks come one day after America’s deputy attorney general announced most of the US$4.4 million ransom that was paid to perpetrators has been recovered. Have to imagine Blount’s testimony will be a must-watch for corporate executives across the globe with ransomware threats on the rise.

That was the total amount of consumer debt in this country as of the end of the first quarter, according to data released today by Equifax that underscores the extent to which Canada’s economy is built on housing. To wit: while credit card debt is sitting at the lowest level in six years as the pandemic alters consumer behaviour, the size and volume of mortgages taken out in the first quarter ballooned 20.5 per cent and 41.2 per cent respectively, according to Equifax. And while the report shows delinquency rates are falling for the most part, there are outliers (like in Fort McMurray, where the mortgage delinquency rate surged 38 per cent year-over-year). We’ll take all of this into consideration ahead of tomorrow’s update from the Bank of Canada.