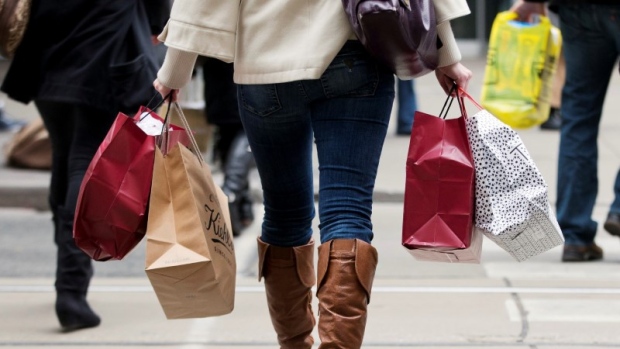 Shares of First Quantum Minerals surged as much as 14.9 per cent yesterday after Bloomberg reported the Vancouver-based miner could be a takeover target. No formal offers are on the table and there’s no telling whether one will ever materialize or what the outcome would be. But it again raises the prospect of a Canadian-headquartered miner being taken out. And in the case of First Quantum, any buyer would need to be comfortable inheriting a sprawling global footprint that comes with some significant jurisdictional risk.

RETAIL SALES NOT AS GOOD AS THEY LOOK

The headline on today’s Canadian retail sales looks promising. Sales rose 0.4 per cent in July, marking the first uptick in three months. But let’s dig a little deeper. In volume terms, sales were flat. Meaning we were paying more for roughly the same number of purchases in the month. And excluding the volatile autos category, sales were down 0.1 per cent in the month.

National Bank analyst Adam Shine has upgraded BCE (the parent company of BNN Bloomberg) and Cogeco to Outperform and raised his targets to $67 and $121, respectively, after revising his underlying estimates. On BCE, Shine said “we regret missing the eight per cent rise since mid-summer…We’re not about to miss the next potential eight per cent+ move…”. On Cogeco, Shine reckons the company “will likely” sell its Canadian cable business, and he expects the U.S. cable business will eventually be sold or taken public in a standalone IPO.

U.S. President Donald Trump tweeted a picture of his “nice” Oval Office meeting with Mark Zuckerberg as Facebook’s CEO made the rounds in D.C. this week. And as Bloomberg’s Paul Sweeney told us this morning, “the world has changed” and so Zuckerberg and other major tech CEOs need to do better outreach with lawmakers after years of a “light touch” on regulations. That said, Sweeney also pointed out there’s virtually no chance Zuckerberg would bow to pressure to sell WhatsApp or Instagram to address anti-competition concerns.

Liberal Party Leader Justin Trudeau will attempt to turn the focus back to policies this morning when he makes an announcement in Toronto. Meanwhile, the latest daily Nanos polling numbers for CTV News show the Conservatives are pulling ahead of the Liberals with local support running at 37.4 per cent vs 34.2 per cent.

-Choice Properties REIT today announced it’s selling a portfolio of 30 properties for $426 million. The buyer, who isn’t being named, has an option to buy two more properties for $29 million.

-The New York Federal Reserve is intervening in the overnight funding market again today with another US$75-billion injection. We heard from guests again this morning, as we have in recent days, that it seems virtually impossible to point to a single factor causing the pressure within the plumbing of America’s financial system and whether it’s reason for immediate alarm.

-As expected, vehicle assembly at General Motors’ plant in Oshawa, Ont. has been suspended as a result of the strike in the United States. And BNN Bloomberg's Paige Ellis heard from an employee at GM’s plant in St. Catharines, who said workers have been told not to come back Monday once they leave today and that a skeleton staff will likely be kept on site for maintenance. A GM spokesperson told us operations at the St. Catharines and Ingersoll facilities continue today.

-Beyond Meat has a new chief operating officer, whose experience in Amazon’s fulfillment operations is being touted by the faux meat producer. Sanjay Shah also previously served as a VP at Tesla.

-Mitsubishi Corp. today disclosed a rogue oil trader in one of its subsidiaries has been fired after racking up US$320 million in losses on unauthorized trades.

-Unifor says workers at seven Saskatchewan crown corporations, including Sasktel, have voted to authorize a strike, which could begin next Saturday.