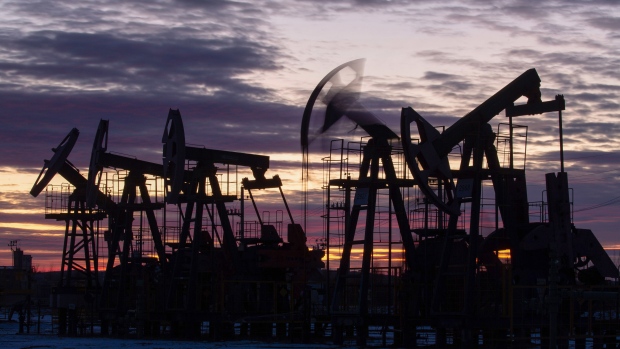 Despite a weekend of headlines about Omicron’s spread (including cases in Canada), there’s some calm in markets today after Friday’s sell-almost-everything washout. Notably, West Texas Intermediate crude has been up as much as 5.9 per cent after sinking 13 per cent on Friday amid fear that the new COVID variant will decimate demand. Meanwhile, futures are pointing to a higher open when trading starts in New York. We heard many times on Friday that today’s session would be crucial after U.S. Thanksgiving made for less than ideal trading-desk staffing on Friday when Omicron shook global markets; we’ll see if today’s early rally holds.

One of the reasons for relative calm across markets today is an encouraging tone from vaccine makers. Moderna Chief Medical Officer Paul Burton told the BBC that if a brand new vaccine is necessary to defend against Omicron, it could be ready in early 2022. “The remarkable thing about the mRNA vaccines, the Moderna platform, is that we can move very fast,” Burton said. And BioNTech said today it’s working with Pfizer to adapt their COVID vaccine to deal with Omicron. Our Bloomberg Television partners are speaking with Pfizer’s CEO this afternoon; watch for highlights from that interview on BNN Bloomberg.

The pipeline operator is dusting itself off after the Canada Energy Regulator on Friday denied its application to convert the Mainline pipeline system to a long-term contract model. In a release yesterday, Enbridge said it will “re-engage with stakeholders” to determine how it will manage the flow across Canada’s largest oil pipeline network. And that’s going to be a long process, with the company saying it’s likely going to be 2023 when the CER rules on its next application. In the interim, Enbridge attempted to assuage investor concerns: “Based on our review of the CER decision and other factors, the company anticipates that the range of financial outcomes associated with an alternative commercial model will be manageable and is not expected to materially impact Enbridge's financial results,” it said in the release.

We’ve been preoccupied with credit quality heading into every round of earnings for Canada’s Big Six banks since the start of the pandemic. There’s a different storyline to watch heading into the reporting cycle that starts tomorrow with Bank of Nova Scotia, as investors and analysts wait to see how lenders take advantage of newfound freedom to raise their dividends and buy back shares. Most of the talk thus far has been focused on the potential for a “tsunami of dividends.” But let’s remember that Scotia CEO Brian Porter has repeatedly told us his team is ready and waiting to repurchase its shares. We’ll set the scene today, including with Veritas Analyst Nigel D’Souza at 2:30 p.m.