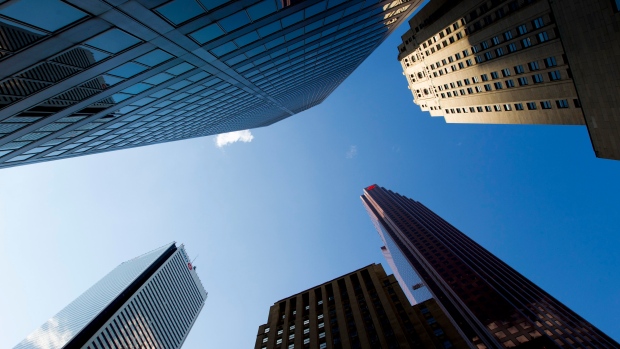 The dividend hikes and buybacks are raining down from the Big Six. Royal Bank of Canada and National Bank of Canada this morning announced richer quarterly payouts to shareholders and share repurchase programs. From there, the narrative diverges a bit as National narrowly exceeded the average analyst estimate while RBC trailed expectations despite raking in $16.1 billion for the year and posting a 20 per cent surge in fiscal fourth-quarter profit (thanks in no small part to double-digit growth in its domestic mortgage book.)

We enter this morning with U.S. futures pointing to a sharply higher open and with major European markets rallying. It’s a reversal from yesterday, when another wave of COVID fear and U.S. Federal Reserve Chair Jerome Powell’s stated willingness to speed up the taper process created discomfort in the market. I’ve been waiting a long time to have an excuse to cite Gremlins in this newsletter; the world’s most influential central banker is somehow affording me that opportunity. “Powell started out as this fuzzy character here to cuddle investors -- but now it looks like somebody fed him after midnight. Maybe getting renominated for a Fed chair is like pouring water on the Gremlin,” AlphaTrAI Chief Investment Officer Max Gokhman told our Bloomberg News partners. Note that Powell has another round of testimony today.

We've been wondering if that would happen ever since the takeover was announced a little more than a year ago. Late yesterday, Parkland Corp. and Federated Co-Operatives Ltd. stepped up to split up the network of 337 gas stations, at a price of $420 million. Cenovus also announced the divestment of some Montney assets for $238 million, without naming the buyer. Cenovus said the $658 million in proceeds will go toward paying down debt and "enhancing [its] capacity to increase shareholder returns."

This doesn’t look good. In a release late yesterday, the energy and utilities conglomerate said it had breached its own code of conduct with regard to a contract that was awarded to a First Nation community. The company’s release was light on details, but it acknowledged that the issue was being probed by the Alberta Utilities Commission. The paper trail leads us to the AUC enforcement staff’s allegations of a legal breach tied to the sole-sourced contract that it says was handed to the Simpcw First Nation at above market rates, with the intent of that being parlayed into work for ATCO on the Trans Mountain pipeline expansion project. Lots to dig into here.