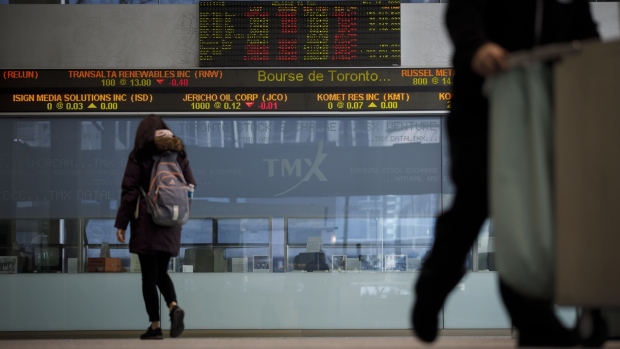 There could be sector-specific aid on tap for some of the hardest-hit segments of Canada’s economy. The Globe and Mail is reporting Finance Minister Chrystia Freeland will unveil new support for retail, hospitality and tourism businesses when she presents the Fall Economic Statement on Monday. No surprise that the report also indicates Freeland will reveal a deficit figure that’s even larger than the $343.2-billion shortfall presented in ex-Finance Minister Bill Morneau’s July update. We’ll chase reaction from those sectors that could be at the front of the line for help. We’ll also track down insight from fiscal experts on the risk of delaying implementation of an anchor to ensure spending doesn’t spiral out of control.

We’ll have a wide range of perspective from retail industry insiders on the outlook for the holidays as COVID-19 restrictions escalate across the country. Ben McNally, owner of one of Toronto’s best-known independent bookshops, joins us at 2:20 p.m. ET to discuss his coping strategy. Ex-Sears Canada CEO Mark Cohen is up with us at 10:20 a.m. ET for perspective on the plight of department stores – and possibly also self-inflicted wounds like HBC’s high-profile fumble at its Toronto flagship location this week. And then we get the opposite end of the spectrum at 10:40 a.m. ET when Walmart Canada President and CEO Horacio Barbeito discusses his plans for the holidays and some of the criticism surrounding provincial rules that’ve allowed his chain to remain open while small business has been relegated to delivery and curbside service.

Canadian stocks have the spotlight all to themselves today in the midst of a hot streak as American markets go dark for Thanksgiving. The S&P/TSX Composite Index has strung together five straight days of gains and has now risen 11.1 per cent so far this month. Last time the TSX went six-for-six was in early May.

-If you missed it yesterday, Slack Technologies shares surged almost 38 per cent after The Wall Street Journal reported the messaging platform (with deep Vancouver roots, it should be noted) is being targeted by Salesforce.com for a possible takeover. According to the WSJ, the two parties are in advanced talks and a deal could be announced within days.

-Repsol is cutting its dividend as part of a near-term capital-preservation plan before a big green push on the other side of COVID-19. The Spain-based oil and gas producer (which is best known to us for its acquisition of Talisman Energy) said today it’s aiming to ramp up its renewable capacity to 15 gigawatts by 2030 from less than 3 GW currently.

-Gravity is kicking in for Bitcoin today. The cryptocurrency that soared as high as US$19,504.50 yesterday has dropped as much as 13.4 per cent today.