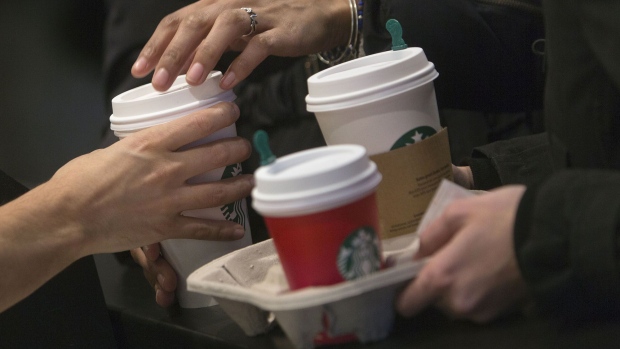 It’s not quite a stampede, but the list of blue chip companies pulling their advertising dollars from Facebook and other social media platforms is growing longer by the day. Diageo and Starbucks are the most recent big names to join a group that already includes the likes of Coca-Cola, Unilever and PepsiCo. Starbucks said it will “continue discussions internally, with our media partners and with civil rights organizations in the effort to stop the spread of hate speech.” Where does it end? And what are the longer-term implications for Facebook and its peers? We’ll aim to address those questions today.

IN CONVERSATION WITH ANDREW SCHEER

The outgoing leader of the Conservative Party of Canada joins us this afternoon to weigh in on Fitch stripping this country’s AAA rating and the broader fiscal outlook as Finance Minister Bill Morneau prepares to deliver an update/snapshot next week. Don’t miss it at 2:30 p.m. ET.

The U.S. shale giant filed for bankruptcy protection yesterday to free itself from the burden of US$7 billion dollars in debt. “We are fundamentally resetting Chesapeake’s capital structure and business to address our legacy financial weaknesses,” CEO Doug Lawler said alongside confirmation that the oil and gas producer has lined up US$925 million in debtor-in-possession financing to continue operating during its restructuring.

We’re expecting to start seeing banks covered in last week’s U.S. stress tests announce their capital plans today. Already we know there will be no share buybacks and dividends will be capped; we’ll watch for any downward adjustments to the payouts as announcements are made today. And BMO shares will very much remain on our radar after they fell more than 4 per cent Friday as the Canadian bank emerged with the weakest capital ratio of all institutions covered in the stress tests. In a note to clients today, Credit Suisse Analyst Mike Rizvanovic said the relative discount on BMO looks too steep.

Boeing shares are climbing in pre-market trading after the U.S. Federal Aviation Administration cleared the way for test flights of the 737 Max jet to begin as early as today. It’s a critical milestone for the embattled aircraft that’s been grounded globally for more than a year after two fatal crashes, but by no means the final one. Today we’ll look into what the FAA needs to see from the plane and the challenges that still loom, including the risk of discord among aviation regulators around the world.

- Stuart Olson will be on our radar today after the Calgary-based construction firm yesterday said it will cover a $2.45-million interest payment on debentures by issuing shares at a discount.

- Aurora Cannabis announced this morning that co-founder and former CEO Terry Booth retired from the company’s board of directors on Friday.

- In an update on its COVID response this morning, Restaurant Brands International said Tim Hortons’ same-store sales were tracking in the negative teens as of last week, while Burger King’s were flat and Popeyes was continuing to blow out the lights with same-store sales growth “in the very high 20s”. The company also said it’s repaying the funds it drew down from a revolving credit facility at the onset of the pandemic.

- Great-West Lifeco is expanding in the U.S., announcing this morning that one of its units has agreed to buy Personal Capital for up to US$1 billion. Personal Capital is described as a “hybrid wealth manager that combines a leading-edge digital experience with personalized advice delivered by human advisors.”