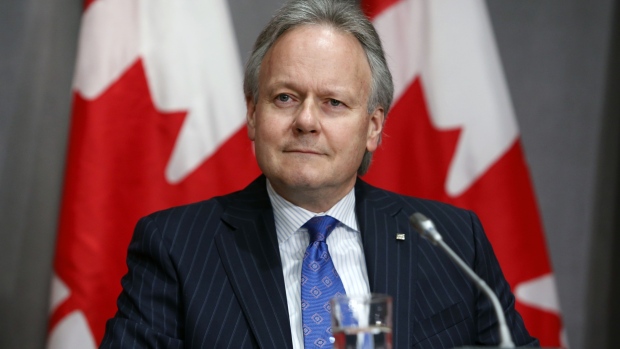 Global stocks and U.S. futures are rallying today even after U.S. President Donald Trump threatened to call in the troops to quell violent protests, adding another layer of instability to a list that already includes COVID-19 and persistent tension with China.

Stephen Poloz will wrap his term as governor of the Bank of Canada today. Some historical perspective on his time in office: when he took control on June 3, 2013, the Canadian dollar was trading at 97.31 cents US, West Texas Intermediate crude oil was $93.45 per barrel, and the most closely-watched debt-to-disposable income ratio was sitting at 163.37. During his time at the helm, oil crashed (multiple times), the Canadian dollar fell as low as 68 cents, and household debt soared. Along the way, he held his breath for exporters to pick up some slack, navigated NAFTA uncertainty, bore witness to a housing bubble, and ran out the clock by digging into the bank’s tool kit to safeguard the financial system’s plumbing during this pandemic. We’ll assess his legacy today as he prepares to pass the baton to Tiff Macklem.

POLOZ LEAVING THE LOONIE ON A HIGH-ISH NOTE

The Canadian dollar climbed a full cent against the U.S. dollar yesterday and has been trading this morning above 74 cents for the first time since early March. Rather than being a sign of made-in-Canada strength, should be noted there’s broad U.S. dollar weakness.

-Fairfax Financial has shot down speculation about a potential deal with BlackBerry. Fairfax’ general counsel told us there is no current work underway on a bid for the Waterloo, Ont.-based tech company. Earlier, BlackBerry shares jumped at the opening bell – extending yesterday’s gains – after Street Insider reported Fairfax had engaged in talks with BlackBerry to potentially buy the shares it doesn’t already own. A spokesperson for BlackBerry isn’t commenting.

-Bell Canada announced today it will work with Ericsson as a supplier for its 5G wireless network. Keep in mind the company previously also announced Nokia as a 5G supplier. We’re asking if the company sees a role for Huawei pending guidance from the federal government. Standard disclaimer: BNN Bloomberg is ultimately owned by BCE, like Bell Canada.

-WSP is raising $501 million in a trio of share-based financings announced late yesterday. The vast majority of the funds are coming via bought-deal offering priced at $86 per share. WSP closed yesterday at $88.83. Proceeds will be used to fund M&A opportunities and general corporate purposes, the engineering firm said.