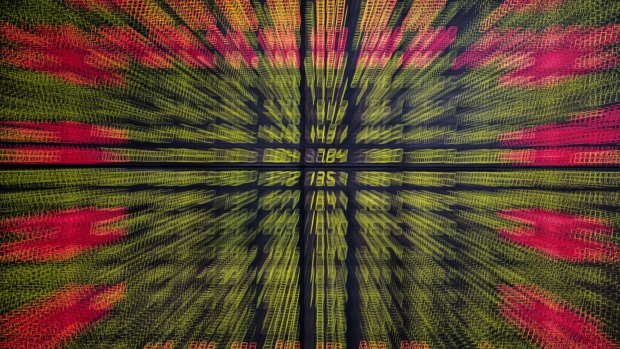 TOP STORY: Global stocks and oil prices are sliding this morning as a rapidly-spreading new strain of COVID-19 in the United Kingdom overwhelms vaccine optimism – including U.S. emergency use authorization for Moderna’s product. Canada has joined the ranks of countries shutting its airspace to flights from the U.K. (with direct consequences for Air Canada and WestJet, it should be noted) as countries race to gather data on the mutation. Fear of the unknown is sending traders back to the perceived safety of the U.S. dollar, which is rallying against all its major counterparts – including the Canadian dollar, which at one point was down more than a full cent against the USD.

We’ll have plenty of insight from market and medical professionals throughout the day as we also await the official announcement from Ontario’s government about its strategy for containing the virus. CTV News is reporting Premier Doug Ford will map out a province-wide lockdown when he addresses reporters at 1 p.m. ET.

Facing a daunting wall of resistance to its plan to buy Great Canadian Gaming for $39 per share, Apollo Global Management has jacked up its offer to $45. And that just might be enough to win the day as the casino operator announced this morning that shareholders holding roughly 50 per cent of its shares have already agreed to support the revised bid. That group includes top names – including CI and BloombergSen – that had previously come out against the plan.

After weeks of haggling, Congressional leaders announced agreement yesterday on a US$900-billion relief package that, based on today’s trading activity, was evidently already priced into the market. In a sign that more spending will be necessary, U.S. President-Elect Joe Biden described the deal as “an important down payment on the investment we need in vaccine procurement and distribution”. The package heads to a vote in the U.S. House of Representatives today.

We’ll watch shares of the biggest U.S. banks closely today after the U.S. Federal Reserve cleared the way for share buybacks after the latest round of stress tests showed all the lenders would be able to maintain capital levels above the minimum requirement under gloomy scenarios sketched out by the central bank. JPMorgan Chase & Co. wasted no time announcing plans to repurchase up to US$30 billion of its shares. Reminder that Canadian banks are still prevented from raising their dividends or buying back shares under guidance from the Office of the Superintendent of Financial Institutions.

-Bombardier announced this morning it will supply 205 rail cars for Vancouver’s SkyTrain system. The contract is worth $721 million and carries options for up 400 more cars.

-SIR Royalty Income Fund announced yet another (sixth, to be precise) amendment agreement for its credit facility today. It also cautioned that whenever it resumes paying distributions, it’s unlikely the payout will be on par with what investors were received before distributions were suspended.

-Canopy Rivers is yet another stock that we’ll be watching today after it announced it’ll raise $297 million in cash and stock in a complicated transaction with Canopy Growth that, among other things, will see Rivers divest its exposure to TerrAscend. Canopy Rivers and Canopy Growth are also ending their relationship, which will result in Rivers changing its name and also overhauling its board of directors.

-Tesla’s first day in the S&P 500 isn’t shaping up to be a great debut. Shares have been down more than five per cent in pre-market trading.

-Dye & Durham will be on our radar after the M&A-hungry software company nudged up its revenue forecast for this quarter this morning.

-Westshore Terminals has averted a strike at its coal export facility in Roberts Bank, B.C. The company yesterday announced a tentative deal with its union, which had served 72-hour strike notice late last week.

-Nike shares will be on our radar after the shoe and apparel maker reported fiscal second-quarter revenue rose nine per cent to beat estimates at US$11.2 billion thanks in part to booming online purchases. Profit also exceeded estimates.

-1:00 p.m. ET: Ontario government to provide update on COVID-19 situation and restrictions (Premier Doug Ford said Friday that lockdowns scheduled to end on this day will be extended)