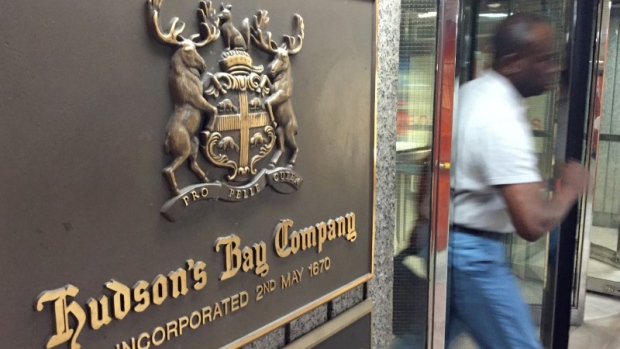 Stocks around the world are down this morning, and investors are flocking into safe havens like gold and the U.S. dollar and the Japanese yen. The price of crude oil is up strongly, with the European benchmark hitting US$70 a barrel. All of this is a response to the dramatic escalation of tensions between the United States and Iran. Iran has vowed retaliation for the killing of a key military leader, and said it would no longer abide by its commitments to the 2015 nuclear pact it signed with world powers. Yesterday, U.S. President Donald Trump doubled down on his threats to respond aggressively.

Hudson’s Bay Co. Chairman Richard Baker raised his offer to take the department store retailer private late Friday evening. His group offered $11 a share for the company, the same price Catalyst Capital offered as it fought the Baker bid in an ugly public battle recently. The new offer – which values the company at $2 billion - is good enough to get Catalyst onside now, and adds certainty to the expectation the retailer will be taken private. We’ll keep an eye on HBC shares at the open.

The second phase of Ontario’s cannabis product rollout officially begins today. Pot-infused products like cookies and chocolates are legally available for sale in Ontario retail stores today, and online by January 16.  But good luck finding some of those products on store shelves. Many retailers won’t have anything to sell thanks to shipping delays. At a media event last week, Ontario Cannabis Store Chief Of Staff David Lobo said the OCS expects 2.0 products to sell out within a week. How does this bode for a sector that’s already been plagued by supply issues and other scandals in 2019?  We’ll speak to investment banker Neil Selfe on The Open.

BCE GETS A NEW BOSS

Mirko Bibic assumes his role as president and CEO of BCE Inc. today, following the retirement of George Cope, who led the company for nearly 12 years. Among the new CEO’s first order of business: announcing a newly-restructured executive leadership team, effective today. We’ll have an in-depth interview with Bibic on Bloomberg Markets today at 1 p.m. ET/10 a.m. PT. BCE Inc. is the parent company of Bell Media, owner of BNN Bloomberg.

-Netflix added to its trophy case on Sunday night, winning two awards at the annual Golden Globes ceremony in Los Angeles. Jon Erlichman has a great story on the company’s aggressive pursuit of Hollywood hardware on bnnbloomberg.ca.

-Tesla’s Elon Musk begins the new decade with a net worth of US$28.5 billion, an increase of nearly US$6 billion in the past three months. It also places him 20th on a list of the wealthiest people in the United States. Check out Jon Erlichman’s other great story on Musk’s net worth on bnnbloomberg.ca.

-A Chinese delegation plans to travel to Washington on Jan. 15 for the signing of phase one of the U.S.-China trade pact

-Boeing Co. is considering plans to raise more debt to bolster finances strained by the grounding of its 737 MAX, according to people familiar with the matter who spoke to Bloomberg