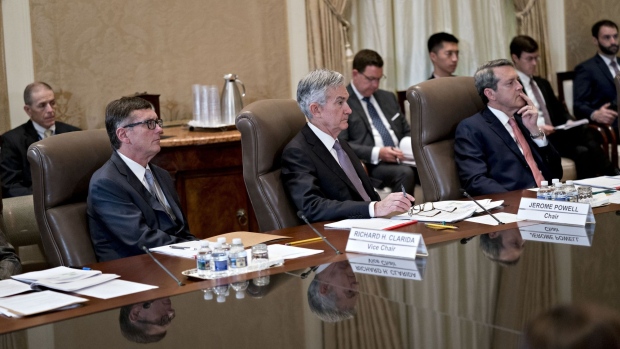 (Bloomberg Opinion) -- The U.S. Federal Reserve is being surprisingly soft on banks and their investors. Just last week, for example, officials yet again allowed banks to keep paying dividends to their shareholders, even though the practice erodes the capital they will need to weather the current crisis.

Why the generosity? I think it’s partly because Fed officials are too homogeneous, and too likely to empathize more with banks and investors than they do with the broader set of Americans whose well-being they are supposed to defend. This needs to change.

With a surge in coronavirus cases scuttling many states’ attempts to reopen, the U.S. might be facing an extended slump in employment and economic activity. As a result, financial institutions might suffer large losses, as more people and businesses prove unable to pay back loans. In light of this enormous downside risk, observers -- including former Fed Chair Janet Yellen, former Federal Deposit Insurance Corp. Chair Sheila Bair and yours truly -- have repeatedly urged the Fed to halt all capital outflows, including dividends.

Yet time and again, the Fed ignores our advice, even though its counterparts in the European Union and the U.K. have pushed banks to stop dividends. In an interview earlier this month, the vice-chair for supervision and regulation, Randal Quarles, offered a sort of explanation: Investors have made decisions based on the expectation of dividend income, and U.S. investors rely on such income more than Europeans do. In other words, the Fed is (somewhat) setting aside its mandate to prevent a repeat of the taxpayer bailouts of 2008, because it wants to (partially) protect bank investors from the consequences of the pandemic.

Never mind that Quarles’s rationale makes little sense: The lack of guaranteed payments is what distinguishes shareholders from creditors, and in any case investors can sell shares if they really need cash. His reasoning reveals the role of empathy in policy making. Many of the Fed’s senior officials -- including Quarles, Chair Jerome Powell, Vice-Chair Richard Clarida and Governor Michelle Bowman –- have ample experience investing and working with financial institutions. So it’s not surprising that they’re particularly attuned to investors’ concerns. The single dissent came from Governor Lael Brainerd, who has been a Fed and Treasury official for most of the past quarter century.

In other words, the similarity of backgrounds among the Fed’s leadership, and the resulting homogeneity of empathies, is preventing the central bank from doing the right thing for the country. This is exactly why the Federal Reserve Act requires the Board of Governors to represent a diversity of economic interests. And it’s also why the board needs more members whose life experiences allow them to empathize with the unemployed, and more members whose race allows them to empathize with the experiences of Black and Latinx Americans -- particularly given the persistent evidence of racial discrimination by banks and other consumer lenders.

One can only hope that the president and Senate will put a lot more emphasis on diversity when they make and review future appointments. The economic health of the nation depends on it.