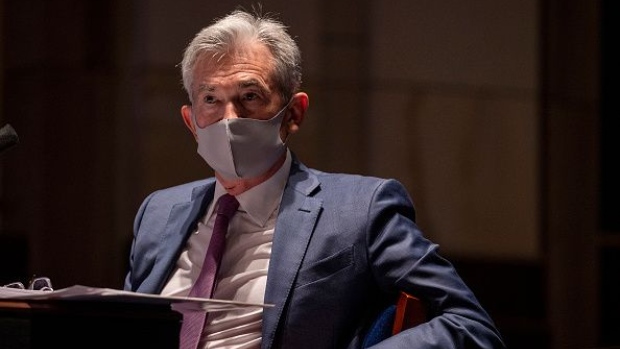 (Bloomberg Opinion) -- The Federal Reserve is stuck in a monetary policy limbo. Policy makers know they will soon be under pressure to do more to support the economy, but have yet to agree on what “doing more” looks like. That means no policy change at this week’s central bank meeting, but expect a somber assessment of the economic outlook and hints of the policy changes that will come along with the completion of the Fed’ strategy review.

The Fed will engage in two separate but related discussions this week. The first will be part of the ongoing policy and strategy review. Meeting participants continue to debate how to most effectively use the current tools of forward guidance and quantitative easing, and how to build on these tools by tying guidance to economic objectives and implementing yield curve control. In addition, they are considering modifying the inflation target such that policy explicitly requires some overshooting of its two per cent target to compensate for past inflation shortfalls. The outcomes of these discussions will be revealed later this year, possibly as early as September.

The importance of this first discussion will be highlighted by a second discussion on the health of the economy. Fed officials such as Governor Lael Brainard have in recent weeks highlighted concern that rising COVID-19 infections would yield fresh macroeconomic weakness. High frequency data such as initial unemployment claims suggest the pace of the recovery may be stalling after gaining traction in May and June. Here, claims have flatlined at a high level.

Rising infections are not the only problem. To be sure, some of the most easily recoverable jobs lost in the initial shutdown, such as some retail, food service, and health care workers, returned in May and June. Still, even absent rising infections, the massive shock that hit the labour market in March and April reverberates through the economy via second- and third-order job losses. See, for example, coming layoffs in the airline industry, fresh bankruptcies in the retail sector, and jobs losses from state and local governments. Also, firm closures are increasingly becoming permanent rather than temporary. This dynamic explains why unemployment claims remained persistently high even before the latest surge in COVID-19 cases.

The bigger picture is that the economy continues to transition to a new post-pandemic steady state. Because dense, crowded venues in particular accelerate the spread of the virus, some sectors, such as leisure and hospitality, simply don’t work like they did in February. To be sure, there are some industries that benefit from the current state of affairs, but the overall steady state will be subpar relative to February.

Because the Fed has not completed its policy review, it isn’t yet in a position to extend policy to respond to the persistent malaise in the economy even if it knows a response will be needed. Policy is essentially in limbo, stuck between the emergency actions of this spring and the rollout of a new strategy and tools this fall. This means the policy statement will be little changed with the exception of updating the description of the economy. The policy review won’t be complete before the September meeting or even December if disagreements persist among Fed officials.

Fed Chair Jerome Powell, however, can keep market participants focused on the general direction policy is headed. In his press conference, Powell will describe impacts of the virus in delaying the recovery, emphasize the risk of permanent damage to the economy from firm closures, and repeat that the Fed is in no way thinking about raising interest rates. I would also expect him to be more cautious about an extension of the job gains in May and June into July as recent Census data suggests job losses will resume.

Although the minutes of the minutes of the meeting won’t be released for some time, watch Powell for hints about the direction of the discussion. These will tend in a generally dovish direction, with the only idea that had been squelched so far is negative interest rates. Expect him to leave more on the table than he takes off. Finally, Powell would like to avoid talking about fiscal policy, but I suspect he will have little choice but to emphasize its importance given that Congress has yet to agree on another spending package.

Overall, we should walk away thinking that the Fed is very concerned about the economy – and right so - and looking to provide further support, but just not right away.