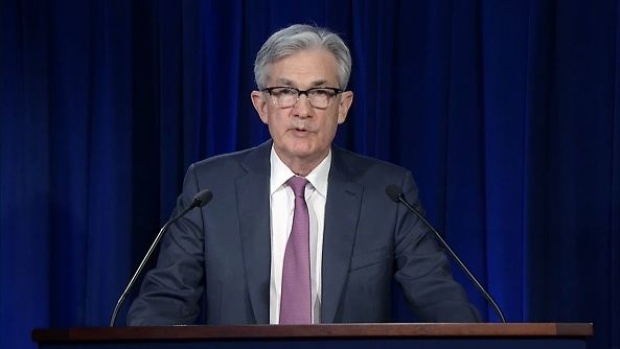 For the Federal Reserve, this time really is different. Having learned a hard lesson in the last recovery – don’t tighten monetary policy too early – the central bank is leaning in the opposite direction.

In practice, that means the Fed will not just emphasize actual inflation over forecasted inflation, but will also attempt to push the inflate rate above its 2 per cent target. It’s a whole new ballgame.

The Fed’s traditional Phillips curve approach to forecasting inflation, which relies on the theory that inflation accelerates as unemployment falls, was widely criticized during the most recent economic recovery.

Inflation remained quiescent in the wake of the Great Financial Crisis even as the unemployment rate fell to 3.5 per cent, well below the 2012 high estimate of the natural rate, or 5.6 per cent.

The Fed’s commitment to Phillips curve-based inflation forecasts induced it to raise interest rates too early in the cycle and continue to boost rates into late 2018 even as faltering markets signaled the hikes had gone too far.

The Fed was eventually forced to lower rates 75 basis points in 2019 to put a floor under the economy. Inflation remained stubbornly below the Fed’s 2 per cent target throughout that period.

Faced now with the prospect of another prolonged period of low inflation, Fed officials are signaling they will place less emphasis on Phillips curve estimates when setting policy.

Fed Governor Lael Brainard said this week that “with inflation exhibiting low sensitivity to labor market tightness, policy should not preemptively withdraw support based on a historically steeper Phillips curve that is not currently in evidence.”

No longer are estimates of longer-run unemployment taken as almost certainly indicating the economy is at full employment. Instead, Brainard said the Fed should focus on achieving “employment outcomes with the kind of breadth and depth that were only achieved late in the previous recovery.”

The Fed is going to try to run the economy hot to push down unemployment.

Brainard pointed out that “research suggests that refraining from liftoff until inflation reaches 2 per cent could lead to some modest temporary overshooting, which would help offset the previous underperformance.”

Think about what she is saying. Traditionally, the Fed attempts to reach the inflation target from below, effectively using the unemployment rate to forecast inflation and then moderating growth such that projected inflation doesn’t exceed its target.

Brainard is saying the Fed should not tighten policy until actual inflation reaches 2 per cent. Policy lags – the time between the Fed’s actions and the resulting economic outcomes – mean inflation will subsequently rise above 2 per cent. The Fed would thus overshoot the inflation target and then return to the target from above.

Federal Reserve Bank of Philadelphia President Patrick Harper goes even further in a Wall Street Journal interview, saying “I don’t see any need to act any time soon until we see substantial movement in inflation to our 2 per cent target and ideally overshooting a bit.” Expect to see more Fed speakers also saying they want inflation at or above 2 per cent before they tighten policy. Also expect to see something along these lines codified at in a policy statement.

This shift also has implications for the Fed’s ongoing review of policy, strategy, and communications. When Brainard talks about offsetting “previous underperformance,” she is giving a green light to a “make-up” strategy in which the Fed compensates for a period of below-target inflation with a period of above-target inflation.

The Fed’s current policy does not allow for such a strategy. The broad willingness to accept overshooting implies that the Fed’s policy review will conclude with a shift toward some form of average inflation targeting in which the central bank explicitly sets policy to compensate for errors such that inflation averages 2 per cent over time.

The implication for financial markets is that the Fed expects to hold policy very easy for a very long time. They will reinforce this stance with enhanced-forward guidance and, eventually, yield-curve control.

As long as inflation remains below 2 per cent, the Fed will push back on any ideas that they will tighten policy anytime soon. And even inflation above 2 per cent wouldn’t guarantee tighter policy if the Fed concluded the overshoot was transitory. Don’t doubt the Fed’s resolve to keep policy accommodative. They will keep reminding you if you forget.