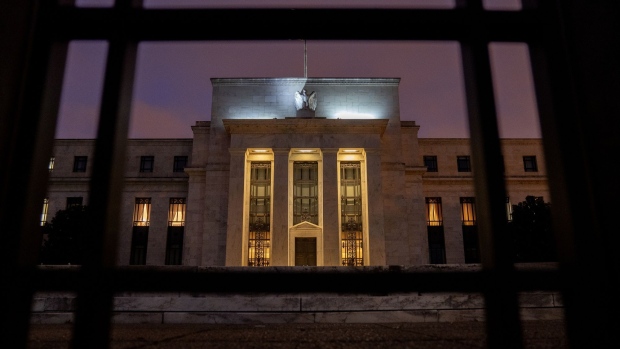 (Bloomberg) -- The process by which the Federal Reserve ultimately shrinks its balance sheet in the coming months or years will be different from the last time officials embarked on so-called quantitative tightening and could include outright sales from its bond portfolio.

That’s the view of Credit Suisse Group AG strategist Zoltan Pozsar, who said that because any prospective QT now is about “keeping inflation and exuberance at bay,” then outright asset sales “are not at all unlikely” if circumstances dictate.

The last time the Fed undertook QT, from 2017 to 2019, it chose to shrink its balance sheet by simply not replacing Treasuries and mortgage bonds as they matured. The expectation of most analysts is that policy makers will follow a broadly similar model again, albeit with different timings. The different circumstances now mean it won’t necessarily be the same kind of “slow and steady” process undertaken several years ago, Pozsar said.

The upcoming bout of QT “is more about scraping the paint off the wall,” he wrote in a note to clients Friday. “The fresco painted during the first two years of the pandemic is out of date. Inflation is a problem and so are financial excesses.”

That stands in contrast to the previous episode in which the Fed gradually tightened until it not only hit, but pushed past the so-called lowest comfortable level of reserves for the system, according to Pozsar.

The process of QT has many variables and in his note, Pozsar identifies some key questions regarding how it will play out: