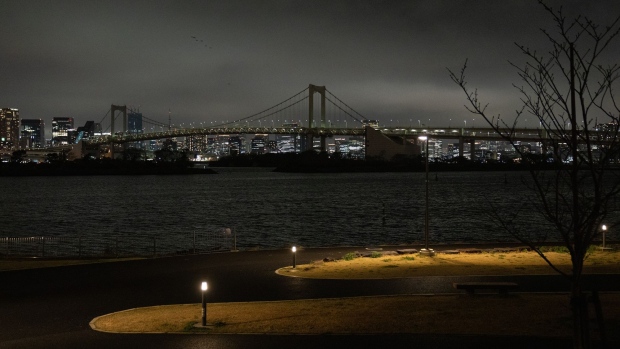 (Bloomberg) -- Not since Jimmy Carter was U.S. president are governments around the world under so much pressure to ask their citizens to cut energy consumption for the greater good.

The need for more energy conservation has snowballed. The war in Ukraine is forcing Europe to curb dependence on Russian energy. The post-pandemic economic recovery is creating power shortages in China. The rapid shift to renewables, extreme weather events and sky-high fuel prices are stretching grids from Texas to Pakistan.

The battle against climate change in the decades ahead will make the situation more difficult, and government policies can only go so far in keeping up with the challenges. That means leaders will be increasingly turning to ordinary citizens to make sacrifices beyond paying exorbitant prices at the gas pump.

Read: How Surging Oil Prices Will Affect You Beyond the Gas Pump

Japan’s effort in the past week to avoid a catastrophic blackout is the latest example of what people everywhere may soon face, and how a unified approach can make a difference.

Energy has been in short supply around the world following Russia’s invasion of Ukraine. But the situation in Japan was suddenly made worse on Tuesday, after an earthquake a week earlier shut key power plants and colder weather boosted heating demand, threatening electrical outages across Tokyo.

At the urgent request of the government and utilities, Tokyo households and factories drastically reduced their power consumption by turning down the thermostat and dimming the lights. In only about 12 hours, the megacity cut total consumption equivalent to an entire day’s electricity used to light the Las Vegas Strip, averting a blackout that would have left as many as 3 million buildings in the dark.

“Japan has long used a public-participation based, energy conservation approach which has been among the most successful in the world,” said Daniel Aldrich, a professor at Northeastern University in Boston. “Cutting demand across Europe - in parallel fashion to the way that Japan has cut power use - would help reduce demand for Russian oil and gas which power so much of Western Europe.”

Japan’s call to action mirrors similar efforts during the oil crisis in the 1970s, when producers in the Middle East stopped exporting crude to the U.S. and its allies for supporting Israel during the Yom Kippur War. U.S. President Richard Nixon urged citizens to turn down their thermostats and set speed limits of 55 miles per hour to cut demand for oil.

President Carter famously spoke directly to the American people in a “fireside chat” in 1977, wearing a yellow cardigan sweater and asking people to bear a share of the burden to solve the energy problem.

“We must face the fact that the energy shortage is permanent,” he said. “There is no way we can solve it quickly, but if we all cooperate and make modest sacrifices, if we learn to live thriftily and remember the importance of helping our neighbors, then we can find ways to adjust and to make our society more efficient.”

No U.S. president after Carter has attempted to invoke such a spirit of sacrifice from the country’s citizens. Even Joe Biden has so far only urged for more supply both domestically and from large Middle Eastern producers.

Still, there have been many methods employed across the globe for reducing power consumption. Last year, China ordered factories to shut in order to provide relief for the grid. California uses a robust demand response system, paying large industries to stop operations in exchange.

Some politicians in Europe have started to suggest that citizens will have to do their part to reduce energy consumption and cut gas imports from Russia, which make up about 40% of total imports for the bloc. “If you don’t want to act on going one degree lower for climate change, do it against Putin,” Claude Turmes, Luxembourg’s energy minister, said recently at an online panel.

The International Energy Agency is encouraging a temporary thermostat reduction of 1 degree Celsius by consumers to help reduce dependence on Russia. Despite the IEA’s calls, governments around the world for the most part have been cutting fuel taxes or doling out subsidies, which has propped up consumption.

“Measures like slashing taxes dampen the price sensitivity by consumers and limit the incentives to conserve,” said Jane Nakano, a senior fellow at the Center for Strategic and International Studies in Washington DC. “The European desire to reduce reliance on Russian energy ought to come with greater efforts to conserve energy and electricity.”

Certainly, many governments around the world have asked residents to limit electricity use in times of crisis. But what makes Japan’s actions more unique is the extent of the cooperation among citizens, businesses and government.

During the crisis on Tuesday, offices sent workers home early and newscasters presented the latest updates under dimmed lights in order to curb consumption. The Tokyo Skytree tower, the tallest structure in Japan which is usually emblazoned in lights, went dark.

Conserving electricity in Japan is known as “setsuden,” and the word became a rallying cry in the decade following the 2011 Fukushima atomic disaster. The triple meltdown shut the nation’s 54 nuclear reactors, which provided 30% of the nation’s electricity, almost overnight. To keep the lights on, the government asked everyone to save as much power as possible -- and it worked. The nation’s utilities quickly reduced planned blackouts.

The years following, Japan came up with more innovations to help cut unnecessary power consumption. One of the most notable was an effort to encourage typically conservative office staff to replace stuffy suits and ties with short-sleeved shirts and other comfortable clothes during the sweltering summer months, to limit use of air conditioners.

“Setsuden” isn’t a silver bullet -- it acts more as a last resort that comes at a cost to its citizens and sometimes the economy since it may close factories or shut offices, but it helps keep the grid running and people continue to get electricity. Other measures such as sharing among utilities also helped avert blackouts.

Framing the energy crunch to the public is key, and Japan was able spur the average citizen to unplug and conserve by highlighting the urgency of the situation.

The emergency was front and center across Tokyo on Tuesday, with households and businesses bombarded with constant reminders of the crisis. A banner on the top of the TV screamed “power shortage,” while showing a live number of how much spare generation capacity was left -- with the number slowly ticking lower like a doomsday clock.

Before noon the next day, the crisis passed and the power shortage alert was lifted.