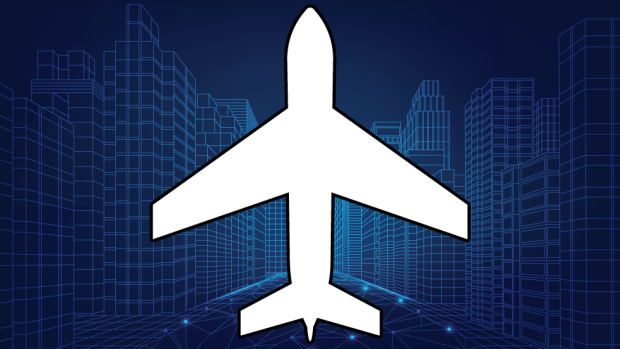 Toronto resident Yasmin Hasan will be attending law school in September and 2020 has been a gap year for her. When she was interviewed by BNN Bloomberg, the 23-year-old was on day three of her 14-day mandatory quarantine upon her return from Tulum, Mexico. The one-month vacation was the highlight of her year.

“It was a great trip and we saw beautiful places. I went with a couple of friends who are students and doing school online,” she said. “I came back because I needed to see my family. But they’re still travelling around, taking advantage of the travel deals.” Hasan’s roundtrip airfare was “really cheap,” costing her $550.

According to Bloomberg Intelligence’s Senior Aerospace and Airline Analyst George Ferguson, “young adventurous” travellers like Hasan have been the lifeblood of the airline industry during the pandemic. Many have targeted countries such as Mexico, Turkey and Costa Rica, which don’t have quarantine restrictions upon arrival and whose attractions, restaurants and hotels remain open.

Despite fears and concerns brought on by the pandemic, people continue to travel by plane, train and automobile. But the twin crisis of COVID-19, with its impact on both health and the economy, has decimated international travel and it’s not expected to return to pre-pandemic levels for years.

The future of travel is dependent on the economic recovery and that means extra enticements will be offered to business and leisure travellers in the coming year. Another key piece to its rebound is a yet unspecified government aid, rapid testing and a loosening of the 14-day quarantine requirements upon return to Canada. Travel operators on the ground will need to continue to focus on safety and sanitization measures – and one silver lining may be a significant halt to so-called overtourism, which saw some of the world’s most popular tourist destinations overwhelmed by visitors, resulting in conflicts with locals.

Before March, the international travel industry was enjoying a “golden age” with rising demand, record profitability and strong prospects for 2020, Ferguson said in an interview.

“The last 10 years after the financial crisis were probably the best decade that airlines around the globe have ever seen,” he said.

But that momentum was stopped in its tracks by the pandemic.

Mike McNaney, president and CEO of the National Airlines Council – whose members include Air Canada, WestJet, Jazz and Air Transat – said there’s a danger of incurring “irreparable damage” to the industry if the federal government doesn’t step up with a bailout plan that addresses “urgent liquidity issues,” as well as a strategy for rapid testing before late February or March.

“Tens of thousands of employees have lost their jobs, billions of dollars in aircraft are parked, passenger numbers have crumbled to 10 per cent of typical levels and we don’t have a line of sight on recovery,” McNaney said in an interview.

Pent-up demand will be unleashed on travel and leisure in 2021: Mona Mahajan

Allianz Global Investors U.S. Investment Strategist Mona Mahajan says earnings will end the year down 12 per cent but will come roaring back with a robust recovery in second half of 2021, especially in lagging sectors like travel and tourism, energy, financials and industrials.

The air travel experience will be transformed in 2021

With air travel and related industries shattered and hobbling along in 2020, experts suggest the next year will be one of transformation and rebuilding — but not after another season or two of turbulence.

Those that make it to the spring and summer will be operating in a different environment, where COVID-19 will still be a constraining factor, though an increasing number of people will be able to fly as they did pre-pandemic. But travel in 2021 will look markedly different than it did before March.

A common refrain from the airline and travel industry is that the scope of the pandemic’s impact eclipses what happened after the 9/11 attacks and the financial crisis. According to Canada’s largest carriers, ensuring that 2021 isn’t as calamitous as this year requires an industry package which includes financial support as well as a plan for rapid testing. McNaney is calling on a “science-based approach” to quarantine requirements, which, in conjunction with testing, could see the 14-day period decrease for those who test negative.

He said failure to do all of this will mean less routes domestically and an erosion of international flights offered by Canadian carriers, which are already being siphoned away by foreign carriers who have benefited from sector-specific government aid.

Aid talks continue between Canada’s federal government and the airlines. The fall fiscal update documents state that a package is contingent on carriers restoring regional routes that they have cut, as well as refunds – not vouchers – to passengers whose flights were cancelled because of coronavirus.

Ferguson predicts that the first half of 2021 will be “very challenging” for airlines that will be burning large amounts of cash.

“You could see a bunch of failures and we think there will be a fair amount of tumult, only to see a robust bounce-back as you exit the year,” he said.

A pandemic-related “economic hangover” will remain, said Ferguson, and he doesn’t see 2019-level demand returning for high-margin business travel until 2025. The onus will fall on hotels and airlines to allow travellers who collect points to retain their elite status even if they don’t travel much in 2021.

“I could see business travellers [being] offered double miles or points for stays and flights,” he said.

Although Ferguson sees a continuing need for in-person networking and interaction in the business world, he said the first half of 2021 will be a challenging environment for events and business meetings. And masks will continue to be mandatory for flights and indoor congregations.

He predicts that video technologies and other online communication will play an important role, but won’t replace the need for human interaction longer-term.

“In my own job as an analyst, I go to conferences and nothing replaces that after-conference cocktail hour where you get a chance to meet people,” Ferguson said. “For now, I’m using Zoom and LinkedIn, but those connections aren’t as strong. That personal connection makes a big difference in sales, especially if you have an expensive product.”

COVID-19 forced us to rethink the way we use space: Banff mayor

The pandemic forced G Adventures, a Toronto-based global tour operator, into “hibernation” from mid-March until August.

“After major disruptions in history, from the Great Depression, various recessions, 9/11 or wars — greatness always rises from the ashes and there’s great opportunity on the other side of this pandemic,” G Adventures Founder and CEO Bruce Poon Tip said in an interview.

Since September, G Adventures has run 60 trips between countries that have created travel bubbles that don’t require quarantine upon arrival. Poon Tip said there is demand — they’ve sold out in days, but the biggest issue for Canadian travellers is the 14-day mandatory quarantine when returning home. He is hopeful that rapid-testing pilot projects in Vancouver, Calgary, Toronto and Montreal will eventually result in lower quarantine requirements.

The 30-year-old company has always focused on small groups, but during the pandemic, it offers “Book Your Bubble” itineraries. New safety measures include increased cleaning and sanitization, larger vehicles to ensure physical distancing. In addition, G Adventures doesn’t book accommodations that require the use of an elevator. Another major change is the advanced booking period, which is usually 60 days, has ballooned to eight months or more.

Poon Tip said the travel industry will remain hamstrung until rapid testing — which has successfully been used by professional sports leagues — becomes widespread.

“There’s word that in Toronto they’re building a drive-thru testing service at Pearson [International Airport] where you get your results with the airline by the time you check in so they can assure that everyone on the plane is COVID-free,” he said.

Poon Tip hopes that travel operators can administer rapid testing during tours and packages as an added safety feature.

Australian carrier Qantas Airways Ltd. announced in November that it would require international passengers to prove they have been vaccinated against coronavirus before boarding. CEO Alan Joyce said it will be a requirement among other airlines in the future. It is widely believed that will come in the form of a travel pass developed by the International Air Transport Association, which represents nearly 300 carriers globally.

McNaney said the travel pass will be a smartphone app that tracks immunization and COVID test results, accessible via a QR (Quick Response) code.

As restrictions lift in 2021, Poon Tip said there may be opportunities for more adventurous travellers to enjoy relative peace in destinations that formerly attracted crowds of visitors.

According to Ferguson, the ultra-adventurous thrill-seekers may find that getting to locations off the beaten path is more difficult in 2021.

“The furthest, most remote areas of the earth will be more challenging. If you want to travel to Africa or less travelled places around the world, you’ll need vaccinations to feel safe inside those countries,” he said.

Ferguson predicts that with “infections raging” and mass inoculations beginning, travel in the first six months of next year will be mostly domestic, with a “pick-up” in longer hauls in the last few months of 2021.

And Poon Tip expects to see more bubbles between countries, similar to what exists between Croatia and Greece.

“By next summer, all of Europe will be open for all of Europe, and Canada could create a bubble with Europe for the summer, meaning you can travel to Europe and it will reduce or eliminate the quarantine when you return,” he said. “That’s going to change the way people plan their holidays.”

For Hasan and her travel companions, the pandemic means selecting locations that have restaurants and attractions that are open for business.

“We’re already planning trips for January. There are so many open places: Costa Rica, Bora Bora, Dubai, Barbados. Even Miami,” she said.

The future of travel: How the pandemic is reshaping tourism

As part of “The Future of” series, BNN Bloomberg’s Anne Gaviola looks at how the COVID-19 pandemic is reshaping travel.