Some of the world’s most powerful heads of state will meet in Cornwall, England later this week to confer on the biggest issues facing humanity. From the ministerial meetings ahead of the Group of Seven gathering, we already have a good idea about the G-7’s thinking on climate change.

It’s hard to tell from this diplomatic speak exactly what will come from these countries in order to slow global warming. But one sign of hope may be a decision that ostensibly has nothing to do with climate change: a deal to set a global minimum corporate tax rate. The move will tackle what one study found is more than $400 billion lost annually to tax havens.

If the policy is adopted globally without being watered down very much, it could help fill government coffers that many countries, especially poor ones, desperately need. With 132 countries having set or looking to set a net-zero goal, according to the London School of Economics, there’s a good chance that some of that money will end up supporting climate policies. “Having an effective tax system is important for governments’ ability to take progressive steps in terms of climate action,” said Alex Cobham, chief executive of Tax Justice Network.

The G-7 is hardly known as a beacon for climate justice. Sure, there’s a lot of talk about equality, but the organization is made of Western powers (and Japan) that are bound to put their own interests first. China, India and Russia — the first, third and fourth largest polluters — aren’t members. On one stark measure, the group hasn’t made much progress on climate. Since it was founded more than four decades ago, emissions from the seven nations increased until 2005 and still remain higher than in 1975. 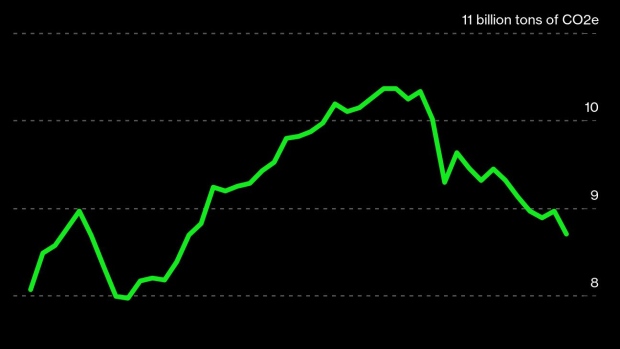 “With respect to the rising concentration of carbon dioxide in the atmosphere, all G-7 summits have failed,” said John Kirton, a professor of political science at the University of Toronto who has spent years studying the group’s efforts on climate. And, yet, he says that on a narrower definition of year-over-year progress, the G-7 can be seen as among the most climate-forward multilateral groups.

It has consistently been ahead of the curve in recognizing the need to move to reduce energy consumption and move to cleaner sources. The group’s very first communiqué in 1975 (when there were only six members) talked about reducing “our dependence on imported energy through conservation and the development of alternative sources.” In 1979, as the second oil crisis was causing chaos in the global economy, members decided that “we need to expand alternative sources of energy, especially those which will help to prevent further pollution, particularly increases of carbon dioxide and sulfur oxides in the atmosphere.”

The clinching detail for Kirton is the 1985 communiqué that said “we shall also address other concerns such as climatic change”—mentioning the phrase three years before the Intergovernmental Panel on Climate Change was established.

In recent years, Kirton says that when the G-7 agrees to strong climate mandates there is usually a greater likelihood of a positive outcome at the bigger Group of 20 meeting and the United Nations climate summit that typically follow later in the year. It’s slightly easier to convince smaller economies to go along if the loudest ones are singing the same tune. 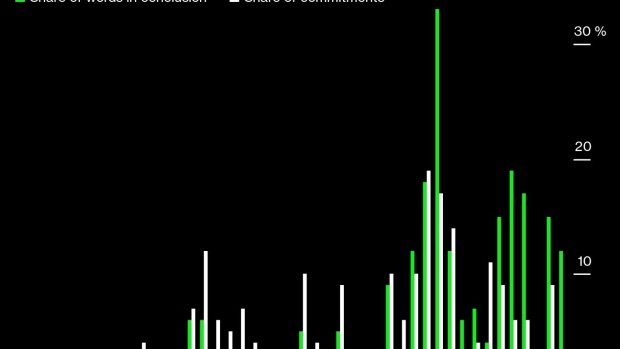 Data collected by Brittaney Warren of the University of Toronto bears the thesis out. Her research shows that the share of words in G-7 statements linked to climate change have increased recently and so have the commitments made to tackling it—apart from the G-7 meeting in 2009, which made a big push on climate issues, yet the UN talks in Copenhagen that year failed to produce a deal. Not a bad feat for a group whose entire staff changes hands on an annual basis.

Climate change touches everything from infrastructure to daily habits and from central banks to national security. That’s one reason why it’s no longer just G-7 environment ministers talking about the issue. “Climate policy can’t be done from within a climate ghetto anymore,” said Doug Parr, Greenpeace UK’s chief scientist.