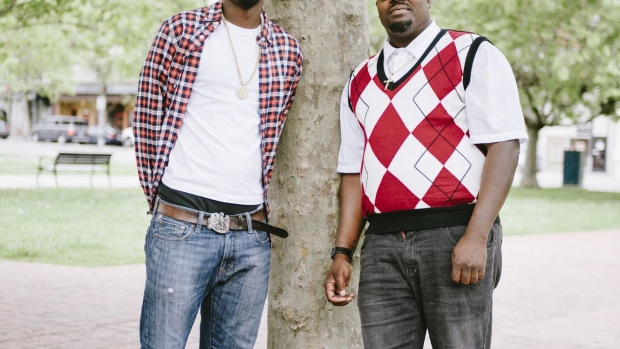 “At that time, my next door neighbor had a Tesla,” the 60-year-old civil rights attorney said from his office above a pizza parlor just north of San Francisco on a rainy December day. “I thought Tesla was an amazing company — they are trying to change the world and save the planet from global warming.”

Then he got a call from DeWitt Lambert — a call that would launch him on an odyssey on behalf of Black workers against what is now the world’s most valuable automaker.

Lambert, a Black man from Mobile, Alabama, had taken a job at Tesla’s Fremont, California, factory in June 2015. Not long after starting on the production line, supervisors and co-workers used the n-word to harass him with little consequence, he told Organ. Lambert said he was targeted, often by younger colleagues who were not Black. He told Organ that on multiple occasions, a group of harassers flashed gang signs at him; one coworker threatened to cut Lambert up into pieces and send his body parts to his family, he said.

“I had never been called the n-word until I came to California,” Lambert, 49, said in an interview.

Organ filed his first racial discrimination case against Tesla, on behalf of Lambert, in March 2017. Lambert, like the vast majority of direct Tesla employees, had signed a mandatory arbitration agreement as part of his job offer. So, in March 2019, he pled his case in front of an arbiter — not a jury. The arbitration judge ultimately decided that because Lambert had used a variation of the n-word himself with Black friends, hearing others say it didn’t constitute workplace racial harassment; he lost.

“They say you learn more from your defeats than your victories,” said Organ. “Particularly if you can analyze what you did wrong.” After courtroom trials, Organ often asks jurors what he could have done better.

Since then, Organ and his firm have heard from hundreds of Black people who say they’ve had similar experiences at Tesla’s first auto plant, which employs some 10,000 workers. Many allege that colleagues and supervisors routinely use racial slurs, and that complaints to human resources largely go unanswered. Tesla is a “majority-minority” company: Black, Hispanic and other underrepresented groups make up 60% of the workforce, according to the automaker’s 2020 Diversity, Equity and Inclusion report. That same report showed that while Black workers make up 10% of its U.S. workforce, they only hold 4% of roles at the director level or higher.

“For Black workers, it’s like working on a plantation,” Organ said of the plant in a December 27th interview. “The n-word is all over the factory, and the HR department doesn’t do a good job of preventing this kind of stuff from continuing. We got another call about the n-word last month.”

Tesla has fought back against such allegations in court and via its external blog. “We work to ensure that all employees experience a fair and inclusive workplace — regardless of background,” then-VP of People Valerie Workman wrote in a July post. In another post from October, Workman said that the Tesla of 2015 and 2016 “is not the same as the Tesla of today.” The company has since added an Employee Relations team, a Diversity, Equity and Inclusion team, and a comprehensive employee handbook. Tesla, including its acting general counsel and managing counsel for litigation, did not respond to emails seeking comment.

Organ, however, recently won two key racial discrimination cases against Tesla. His latest victory, a jury award of $137 million, is the largest of its kind for a race case in U.S. history. The presiding judge earlier this month signaled he’d likely reduce the damages, but Organ isn’t finished: he says calls from current and former Tesla workers keep coming, and he’s currently working to build a class-action suit against the electric car-maker.

His aim isn’t just to get Black workers their day in court and the restitution he says they deserve, but also to convince Tesla that corporate policies that allow for unchecked racism don’t pay.

“No company will ever admit that they changed their culture because of a big case. But it does make a difference,” said Hilary Hammell, an employment law attorney with Levy Vinick Burrell Hyams LLP in Oakland. “Companies are getting the message that these laws that prohibit racial discrimination in the workplace actually have teeth.”

One of Organ’s biggest challenges is that Tesla employees sign mandatory arbitration agreements. Companies typically prefer the practice because it keeps claims out of the public eye. Arbiters also more often side with employers than juries do; plus, it’s cheaper. Activist investors have pushed Tesla to examine its use of arbitration for employee discrimination and harassment claims. So far, the carmaker hasn’t relented.

“Part of what’s so challenging about arbitration is that it all comes down to the judge,” said Organ. Two employees with nearly identical claims can get vastly different results. While Organ lost the Lambert case, in May 2021 he won more than $1 million on behalf of Melvin Berry, a former employee with similar allegations who had also signed an arbitration agreement. Berry said supervisors called him the n-word, and that when he confronted them they made him push a heavier cart and work longer hours.

“Case law is clear that one instance of a supervisor directing the n-word at a subordinate is sufficient to constitute severe harassment,” said arbiter Elaine Rushing in her May 12 ruling.

That’s how he notched his most significant win to date. Owen Diaz worked as an elevator operator at Tesla’s Fremont plant. His claims were familiar: He said he was subjected to racial taunts and offensive graffiti. But there was one key difference: Diaz had been hired by a staffing agency; his employment contract didn’t have an arbitration clause with Tesla.

Organ argued that Tesla was a joint employer with the agency, and the case was ultimately brought to San Francisco federal court. In October, a jury ordered the carmaker to pay Diaz $137 million in damages: $6.9 million for emotional distress and a staggering $130 million in punitive damages. One of the jurors told Bloomberg News the jury decided on such a high figure to force Tesla “to take the most basic preventative measures and precautions they neglected to take as a large corporation to protect any employee within their factory.”

In a blog post the night of the verdict, Workman, who stepped down earlier this month, argued that Diaz “never worked for Tesla” because he was a contract employee.

The carmaker is challenging the verdict and the size of the award. Last week a judge said he was inclined to deny the request for a new trial on the condition that Diaz agrees to a reduction in damages.

Bernard Alexander, Organ’s co-counsel in the Diaz case, said that “Larry is a brilliant attorney who made a lot of important, strategic choices.”

During the trial, Organ ensured a large photo of a racist caricature that Diaz had taken at the factory was visible to the jury at all times. Whenever it fell over, he got up from his seat at the attorneys’ table to place it upright.

Now Organ is banking on building on the strategies used in the Diaz case to deal Tesla an even bigger blow. He’s working to build a class-action racial discrimination suit against the electric vehicle behemoth based on the experiences of contract workers. Organ estimates there are hundreds who never signed arbitration agreements — so far he’s talked to 931 people with potential claims. He’s also identified several who began as contract workers before getting hired full-time, and spent part of their tenure working at the plant without the restrictive provision.

That is far from assured.

“Racial discrimination and sexual harassment cases are very hard to get certified as classes,” said Cliff Palefsky, a San Francisco employment lawyer. At issue: Plaintiffs have to convince a judge that their specific experiences are part of a bigger pattern. “Everyone has different stories, and the defense comes in and says that individual issues predominate,” Palefsky said.

Organ filed the case on behalf of Tesla worker Marcus Vaughan in November 2017. The complaint describes the plant as a “hotbed of racism.” Tesla said in a blog post at the time that it’s “absolutely against any form of discrimination, harassment or unfair treatment of any kind” and included an email Tesla chief executive officer Elon Musk sent to employees. “Part of not being a huge jerk is considering how someone might feel who is from an historically underrepresented group,” he wrote. Then added: “In fairness, if someone is a jerk to you, but sincerely apologies, it is important to be thick-skinned and accept that apology. If you are part of a less represented group, you don’t get a free pass on being a jerk yourself.”

The blog post also took a dig at Organ.

“The trial lawyer who filed this lawsuit has a long track record of extorting money for meritless claims and using the threat of media attacks and expensive trial costs to get companies to settle,” said Tesla in the unsigned blog post.

Organ was born in California, but went to high school in Birmingham, Alabama, in the late ‘70s, when the Civil Rights movement was still fresh. Early in his legal career, Organ worked on the appeal of Weeks v. Baker & McKenzie, a ground-breaking sexual harassment case, which at the time resulted in the largest-ever award of its kind. After that, Phil Kay, the attorney who tried the Weeks case, took Organ under his wing, and the two worked on several discrimination suits together over the next decade.

“Phil taught me how to try a civil rights case,” said Organ of his mentor, who died in 2012. “The model for success is: you get a good client, and you find witnesses who experienced similar conduct or saw what happened.” Organ started his own firm in 1997 and created the California Civil Rights Group in 2005.

DeWitt Lambert, the man who started it all, has mixed feelings about how things have ended up. Larry Organ believed in his story when few others did; he thinks of Organ as a father figure. “It hurts when you are the first one to complain about racism and you lost your case, but everyone else who comes behind you wins,” he said. “I didn't get a dime, but Larry did his best for me.”

Lambert moved back to Alabama in 2017. —With assistance by Malathi Nayak