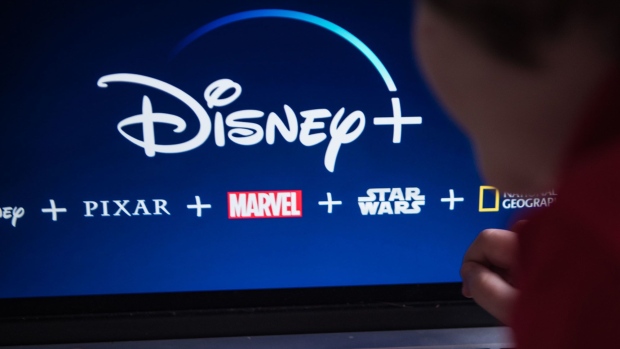 (Bloomberg) -- Walt Disney Co. debuts the ad-supported version of its Disney+ streaming service Thursday with strict rules: No alcohol commercials, no political spots and no ads from competitors.

The new service, which is priced at $8 a month, has signed up 100 sponsors across a wide swath of business, including finance, retail and automotive, Rita Ferro, Disney Media’s president of advertising, said in an interview. The company intentionally left some slots open to accommodate marketer interest after the product’s debut, she said.

Although Disney’s position on some of the restrictions may change over time, the Burbank, California-based company will shut out rivals including Netflix Inc. and Amazon.com Inc.’s Prime Video to prioritize its own shows and films, Ferro said.

“Our content is going to be the only thing you see on our platforms,” she said.

The ad-supported version of Disney’s flagship streaming platform will have 4 minutes of commercials per hour or less, or about half the ad load of Hulu, its sister streaming service. It’s becoming available at a tough time for the media industry at large amid a pullback in ad spending and fears of an imminent recession.

On Tuesday, shares of CBS owner Paramount Global fell 7% after Chief Executive Officer Bob Bakish said the company’s advertising sales this quarter will be “a bit below” the third quarter in a “challenging” market.

The comments echoed those of Jeff Shell, chief executive officer of Comcast Corp.’s NBCUniversal division, who said the advertising market is “definitely getting worse.” Last week, AMC Networks Inc. announced plans to fire 20% of its US staff, Warner Bros Discovery Inc.’s CNN division laid off employees, and NPR said it would “severely restrict” hiring after a sharp drop in sponsorship revenue.

So far, Disney has been less affected than peers by the wider downturn in ad spending and has benefited from a “flight to quality,” Ferro said.

With the debut of the ad-backed Disney+, the price of the commercial-free version is increasing by $3 to $11 a month. Achieving profitability in Disney’s direct-to-consumer division, which lost $1.5 billion last quarter mainly due to expenses at Disney+, is a priority for the company.

Disney shares fell by 13% on Nov. 9, the worst daily drop since 2001, after the company reported the loss. They were down 41% this year through the close Wednesday.

In response, Disney on Nov. 20 ousted Chief Executive Officer Bob Chapek and brought back longtime CEO Bob Iger. Iger told employees at the first town hall held after his return that the company will prioritize breaking even on its streaming initiatives over subscriber growth.

As of last quarter, Disney had about 236 million subscribers across all of its online TV businesses, including Hulu and ESPN+. Chapek said at the time that losses had peaked in the direct-to-consumer division, which Disney expects to reach profitability in 2024.