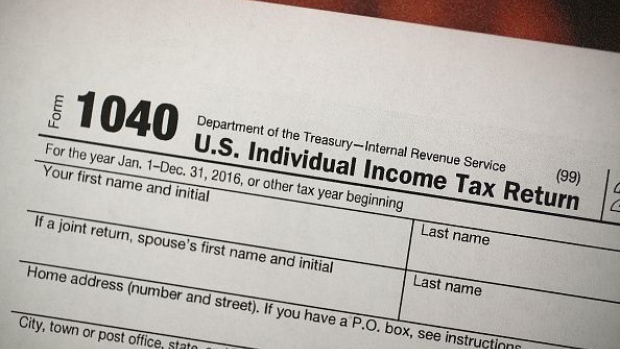 (Bloomberg Opinion) -- President Donald Trump recently indicated that he would push for a middle-class tax cut sometime before the elections in November. The Tax Reform Act of 2017 did lower marginal rates a bit, but it wasn’t a true middle-class tax cut. Rather, it was mostly a cut for companies that brought corporate income taxes down from among the highest in the world to average levels. But it’s worth asking whether the middle class really needs tax relief?

It is hard to make the argument that people in this stratum are overtaxed. While we don’t know what the Trump administration is proposing, the speculation is that the 22% marginal rate, which currently covers incomes between $80,250 and $171,250 for married taxpayers filing jointly, will be lowered to 15%. The marginal rate below that, which covers incomes up to $80,250, is 12%. Things changed a bit with the introduction of the $24,000 standard deduction, but households in these tax brackets have not had much in the way of true tax liability. Between credits and deductions, it is not hard to produce a tax return that will offer a filer an effective rate of below 10%.  Middle class tax rates are not especially high.

There are arguments for lowering their taxes nonetheless. Although the Trump administration’s claim that tax cuts will “pay for themselves” are widely mocked, I do believe this to be the case, though perhaps with a longer lag. I also believe there is an optimal tax rate that maximizes tax compliance and produces the most revenue—this is the essence of the Laffer Curve and supply-side economics. That rate is probably somewhere around current levels, though estimates vary, and attempts to lower middle-class tax rates further will almost certainly result in less revenue. A study in 2005 by the bi-partisan Congressional Budget Office demonstrated that a 10% across-the-board tax cut (with tax rates roughly near current levels) did not generate more revenue after taking dynamic scoring into account.

But collecting revenue is just one of many aims of a tax code. Another is to promote fairness and equality. Most people have accepted the tenets of a progressive income tax, where high earners pay more relative to their incomes, but there are other considerations, like those brought up somewhat clumsily by Mitt Romney in his failed 2012 presidential campaign. His claim that half of people do not pay income taxes (exclusive of payroll taxes) wasn’t inaccurate. And it’s hard to imagine a system being fair when lots of people don’t make any contribution toward running the government.

In fact, with every tweak since 1988, the tax code has become more steeply progressive. It is simply not politically palatable to ask the rich to pay less and for the middle and lower income classes to pay more. Yes, the top rate has gone up and down over the years, but bottom rates relative to top rates have plummeted, especially after the 2017 tax reform effectively created a tax bracket of up to $24,000 in income with a rate of 0%. The slope of the tax curve has correspondingly been ratcheting higher the last three decades.

As the tax code became more and more lopsided over the years, with the top 50% currently paying 97% of all federal income taxes, many conservative pundits observed that such a system was unstable, where one half of the electorate could one day vote for higher taxes on the other half. In 2020, that’s where we are, with the proposals for wealth taxes, much higher income taxes and things like raising the limit on Social Security earnings.

I am very much in favor of tax cuts, but not when they make the tax code more steeply progressive and increase the number of people who have no financial “skin in the game.” I am in favor of a system where everyone must contribute toward running the government.  Trump’s plan to lower taxes on the middle class would take effective rates on households with $150,000 of income to very low levels in some cases. People have naturally accused the Trump administration of pandering and vote-buying. It is hard to be any less cynical about it.

But the thing is, people have complained for years about society’s disengagement from democracy. Maybe people would be a little more involved if they had to help pay for it.

To contact the author of this story: Jared Dillian at j.dillian@bloomberg.net