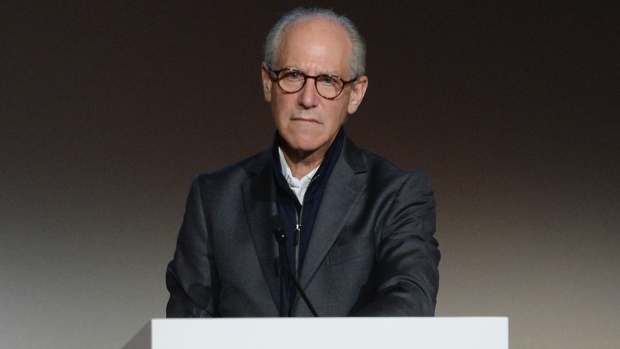 (Bloomberg) -- When the Museum of Modern Art in New York reopens, it will do so with 17% fewer staff members, a budget that’s $45 million smaller, and likely a fraction of the visitors it had just two months ago.

In a Zoom conference with other museum professionals whose recording was reviewed by Bloomberg, Glenn Lowry, the director of the MoMA, described plans to pare down exhibitions and publications and radically reappraise the visitor experience. While the museum’s reopening plans remain provisional, one thing is certain: Post Covid-19, the MoMA will be a very different place.

“The first step was what to do to eliminate the maximum amount of expense we could,” Lowry said on the call. “We had [about] 60 open positions at the museum—we didn’t freeze them, we eliminated them.” Before the shutdown, the museum had around 960 staff members, Lowry said. Through a combination of voluntary retirement packages and general attrition, the new staff count will be about 800. “We will learn to be a much smaller institution,” he said.

The museum administration also took what Lowry described as a “chainsaw” to its exhibition budget, cutting it from $18 million to $10 million for the fiscal year that begins July 1 and runs through June 30, 2021.  It also cut its publications budget by about half. Overall, the museum will have slashed its annual budget to about $135 million, from close to $180 million to. “You don’t take $45 million out of a budget elegantly,” Lowry said. “You take it out in very large units, and you take it very quickly, and you spend a lot of time not just with your key trustees but with key staff, sharing why you’re doing this.”

The reductions come less than a year after the opening of a $450 million expansion/renovation, when the MoMA expanded its footprint by 47,000 square feet in an almost universally lauded design by the firms Diller Scofidio + Renfro and Gensler.

As part of the expansion, the museum rehung its galleries and committed to rearranging 30% of its permanent exhibition space every six months. It’s unclear if, with the museum’s exhibition cuts, that program will continue. “The Museum is re-examining the frequency at which it will rotate 30% of its permanent collection,” wrote a MoMA spokesperson, in response to Bloomberg’s questions.

The cuts at MoMA could have wide-ranging implications for other not-for-profit museums and arts institutions.

MoMA, as Lowry noted in his conversation, has an endowment of $1.2 billion, with about $200 million in pledges that have yet to be received. Along with several other museums such as the Metropolitan Museum of Art in New York, his museum has a “sufficiently large endowment that I’m not worried about whether we’re ultimately going to go under,” Lowry said. “We’re not.”

But, he continued, he’s “extremely worried about smaller more vulnerable institutions.” He used MoMA PS1, MoMA’s contemporary offshoot in Long Island City, as an example: “It had to furlough 47 out of 64 people. It had virtually no endowment, it now has no endowment, no resources,” he explained. “The city has already told it it’s [likely] going to cut its contributions back, it’s going to be a very long hard road for them.”

PS1 will survive he said, “because we’re going to make sure they survive.” But there are dozens of less well-funded organizations across the country where, “if they do survive, they will survive in such a meager state,” he continued, “that you’ll have to make a very complicated argument that they’re still serving their community. That’s just my anxiety.”

He noted that “I don’t mean this in any mean way. I mean it just as a description of how crippled places will be.”

Lowry made no promises about when the museum will reopen, though he estimated that it would be between July and September.

When the museum does open its doors, nearly everything about the visitor experience could change. “We should be the safest place to visit,” Lowry said, “so that means ensuring you have a contactless experience and ensuring that you don’t have to worry about social distance because we’ve dispersed viewers through the institution.”

The museum is considering time-ticketed entry, with as few as 1,000 visitors in the museum at a time. (The museum can and does host several thousand a day in normal times.) When the museum closed in March, it was on track to have about 3 million visitors this year; now, it expects to have less than 1.5 million.

MoMA is even reconsidering wall labels. “Are labels beneficial, or are they points of anxiety because people cluster to read them?” Lowry asked rhetorically. “What is the right spacing in this gallery for the number of works on display? We have to ask ourselves if this is the most popular painting in the museum, can we have it on a wall with eight other paintings now, or do we have to find some other space in which to show it? Or should we show it at all, because if we show it, it will force people to come and aggregate in uncomfortable ways?”

And that's before, he said, the museum turns to “the issue of should we change the content of what's on display because of the moment?” The answer, Lowry concluded, is that “I think there isn't a museum worth its salt that isn’t going to try to address the moment. It has to. That’s what we do anyway.”