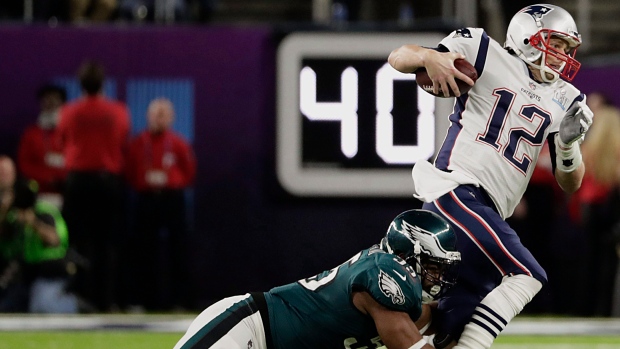 NFL executive Brian Rolapp has an old photo on the wall of his office, hanging right in his line of sight. It shows a group of prep-school football fans so captivated by a game that they ignore a building engulfed in flames behind them.

“Without exaggeration, it sits in a place where I look at it every day,” said Rolapp, the chief media and business officer for the National Football League.

For years, pro football has inspired that kind of passion in millions of fans. The NFL generated about US$15 billion this past season, making it the king of U.S. sports. And the league is about to lean even harder on its fans, aiming to boost its annual revenue to US$25 billion by 2027. That may test the limits of a sport grappling with shifting TV habits and controversies surrounding brain injuries and the national anthem.

But tailwinds could help the NFL and Commissioner Roger Goodell achieve their growth targets. The spread of legalized sports betting across the U.S. promises to lock in fans and keep them riveted to games. Tech companies like Amazon.com Inc. and Facebook Inc., meanwhile, have emerged as bidders for big-dollar broadcast packages.

“Roger’s aspirational target of US$25 billion is starting to look pretty good,” said Marc Ganis, a sports consultant who advises the NFL and a number of its owners on business strategies.

According to the league, NFL regular-season games, excluding those played in London, averaged 15.8 million viewers. Moreover, 45 of the top 50 telecasts this season were NFL games. The AFC championship -- won by the New England Patriots, who face the Los Angeles Rams in the Super Bowl on Sunday -- drew almost 54 million viewers. That’s more than double the number of people who watched the Macy’s Thanksgiving Parade or the 2018 Oscars.

“There’s nothing left in media that will aggregate that many people,” Rolapp said.

Just how valuable NFL games are to the broadcast networks and digital newcomers like Amazon and Facebook will determine whether the commissioner hits his revenue target.

The NFL reaps about US$5 billion a year from its TV contracts with CBS, NBC, Fox and ESPN. All indications are that the league will get a lot more when the contracts expire after the 2021-2022 season.

In November, Major League Baseball signed an extension of its TV contract with Fox Sports, which agreed to pay US$5 billion over seven years, a 36 per cent annual average increase. 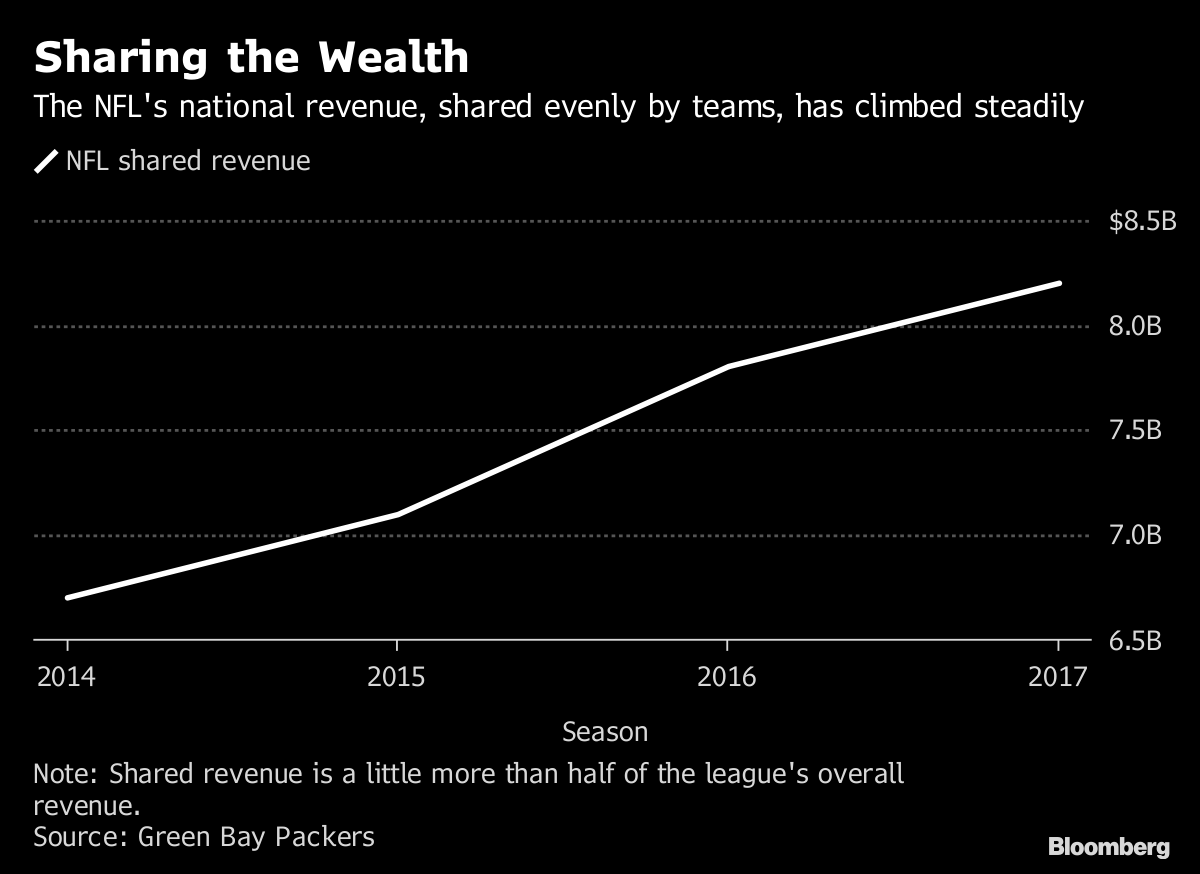 Ganis, the consultant, said the NFL will do much better. He expects the league’s next TV deals to yield increases in excess of 50 per cent. On top of that, he expects a new billion-dollar package of games will go to a digital distributor such as Amazon, which currently pays $50 million a year to show “Thursday Night Football.” Amazon Chief Executive Officer Jeff Bezos personally held talks with Goodell about the Thursday night package, which helped the league boost online viewing by 86 percent.

Online executives aren’t the only ones clamoring for a tie-up with the most visible and valuable U.S. sports league.

When Papa John’s International Inc. and the league ended their relationship after the company’s former CEO blamed player protests for sliding sales, it took the NFL just 24 hours to announce a new, bigger deal with Yum Brands Inc.’s Pizza Hut.

More widely, the NFL has added seven new leaguewide partners since January, including its first casino partner, Caesars Entertainment Corp., and its first presenting sponsor for the conference title games, Intuit Inc. The NFL and its clubs brought in a record US$1.32 billion in sponsorship in 2017-2018, according to consulting firm IEG, significantly more than the National Basketball Association or Major League Baseball. That doesn’t count the league’s newest partners, including home-improvement giant Lowe’s Cos., which chose the NFL after exiting a 17-year relationship with Nascar.

“Let’s face it: The NFL is dominant,” Lowe’s Chief Marketing Officer Jocelyn Wong said. “It’s the largest, most avid fan base. That was very important to us.”

Every summer, by virtue of an odd semipublic ownership structure, the Green Bay Packers disclose their shared and local revenue -- a glimpse into the financial health of the league.

For the 2017-2018 season, the NFL divvied up US$8.1 billion among its 32 teams, a 5 per cent jump from 2016 -- despite declining TV ratings and continued criticism from President Donald Trump over players kneeling during the national anthem. The Packers’ total revenue has increased every year since 2003.

The prospect of widespread legalized sports betting in the U.S. will only buoy the ability of leagues to make money.

When -- not if -- the NFL embraces the U.S. sports betting market, the money will flow. The league should see an annual revenue increase of US$2.3 billion, more than the combined estimate for MLB (US$1.1 billion), the NBA (US$585 million) and the National Hockey League (US$216 million), according to the American Gaming Association.

The conclusion was familiar: Like the football fans in his photo, they’re so focused on the screen that they probably wouldn’t notice a fire either..