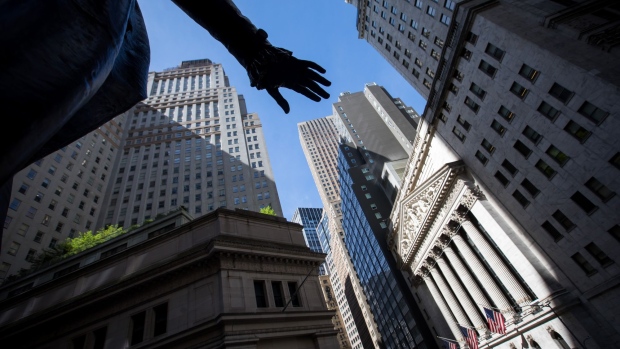 (Bloomberg) -- In a year when many companies faced severe headwinds from higher inflation, supply chain woes and fresh Covid waves, the ranks of so-called zombie companies -- those that aren’t earning enough to cover their interest payments -- actually declined.

In the Russell 3000 Index, a broad benchmark of U.S. stocks, there were 656 companies that didn’t generate sufficient profit in the past four quarters to cover their interest expenses as of December 27. That’s down from 756 companies at the start of the year -- a drop of 13%.

Smaller firms have been able to successfully navigate the dual threats of price pressures and virus spikes so far, according to Dan Brown, senior credit analyst at Russell Investments Group. And the massive amounts of federal stimulus during the pandemic, including Paycheck Protection Program loans, certainly helped to keep those businesses afloat, he said.

“The support programs that were initially rolled out during the first wave of Covid have generally been supportive, particularly the PPP loans to companies of all sizes, i.e. the forgivable loans,” Brown said. “Those, in effect, allowed companies to increase large cash cushions that we have seen persist.”

The consumer discretionary sector improved the most, with 32 firms shedding the zombie title in the past year, followed by 24 industrial companies dropping form the list, according to data compiled by Bloomberg.

Though a growing number of smaller firms are sounding alarms about inflation pressures, Brown says the ones that are able to increase their prices should survive.

“To the extent these companies had inventory or have low input costs, that could also prove helpful,” he added.