Hirotoshi Murakami is the only analyst surveyed by Bloomberg with a sell rating on Nintendo Co. Now, he’s doubled down on that recommendation, slashing his price target for the videogame maker’s shares by more than 40 per cent.

The new target of 25,000 yen by the Mitsubishi UFJ Morgan Stanley Securities Co. analyst indicates a 53 per cent plunge from Nintendo’s closing price in Tokyo on Wednesday. The stock has already lost about one-fifth of its value this year amid weakening earnings and investor disappointment in the forthcoming update of the company’s Switch console.

Murakami said that the current price doesn’t reflect several negatives, including production snags due to difficulty securing parts, stiffer competition from Sony Group Corp.’s PlayStation 5 as well as a decline in stay-home demand for videogames. 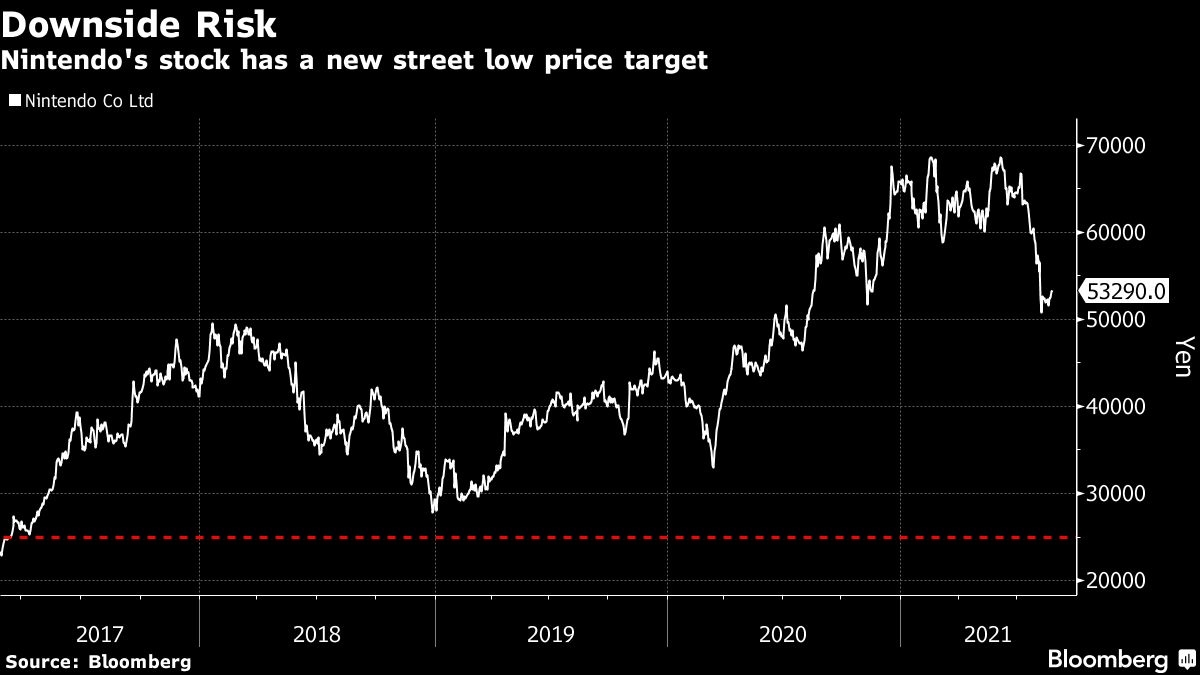 “Scheduled releases do not suggest that earnings will exceed our forecasts significantly,” Murakami wrote in a note on Aug. 25. Nintendo shares have not traded below his price target since March 2017, days after the Switch went on sale. His previous recommendation of 44,000 yen was already the low among brokerages, as he downgraded his rating to sell in November.

His new target comes at a time some analysts expect the shares to jump -- provided they are finally included in the Nikkei 225 Stock Average. An ongoing share buyback, which could run until Sept. 15, may also help buoy the stock. Murakami acknowledged both factors, and wrote that the announcement of a “next-generation” handheld game console, as well as influence from activist investors, could serve as potential upside catalysts.

Murakami may have some company, though. Cathie Wood’s flagship Ark Innovation Fund has reduced its stake in Nintendo every week since mid-July, according to data compiled by Bloomberg.