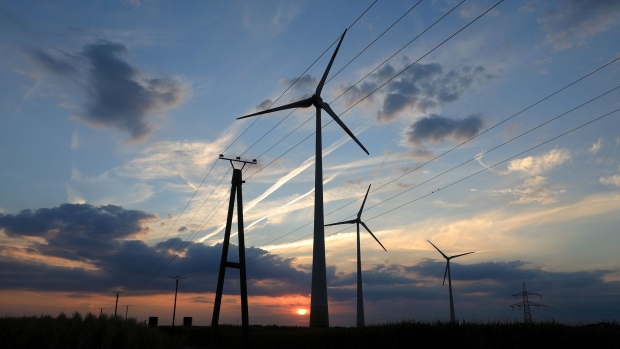 The idea is to limit prices in the short term and in the longer term change the way energy is priced by severing the link between gas and electricity. Officials are rushing to come up with a plan and how they’ll do this isn’t yet clear, with some big challenges to overcome.

One problem is that each country has a different energy mix, from relying on fossil fuels to being a leader in renewables, so a single approach is unlikely to suit everyone. Another key question is who pays for it -- such as state funding or windfall taxes on producers.

Here’s a breakdown of some potential options and what they could mean:

Spain and Portugal were the first to step outside EU competition rules and set a cap on gas to lower electricity costs. The EU’s antitrust arm said the support will take the form of a payment that operates as a direct grant to power producers aimed at financing part of their fuel costs.

The main drawback is that lower prices can mean more exports on cross-border links to countries like France. It would work better if a cap was set at an EU level and would be more effective in countries that use more gas at plants. Direct intervention in markets also isn’t popular with traders.

In Portugal, the government recently said that the cap system has seen prices average about 17% below what would have been the market price without such a mechanism.

With record-high prices, power generators are making big profits that are drawing the attention of European policy makers. The UK has already slapped a windfall tax on profits of oil and gas firms, but stopped short of extending that to the electricity sector.

A problem could be how to define “excessive” profits. And high prices affect European utilities differently. For example, Germany’s Uniper SE needs a huge government bailout as it struggles to pay to replace gas it lost because of cuts in flows from Russia.

“The measures will likely include taxes on excessive earnings,” said Ipek Ozkardeskaya, a senior analyst at Swissquote Bank. “If this is the case, the energy companies could react by reducing output, with the risk of further deepening the energy crisis.”

Curbing gas’s influence on power prices by splitting renewables and nuclear output into a pot and separating gas and other fossil fuel pricing has been outlined by Greece. That basically means lower revenues for clean power, reflecting a lower cost of production.

The EU has already agreed a voluntary goal to cut gas demand by 15%, but more measures could be taken to coordinate reduction.

Italy has long called for a limit on the price of gas imports from Russia to help curb soaring energy costs. But countries like Germany -- the top importer of Russian gas -- have shown skepticism, and it’s something that Moscow would have to agree with. The US has been pushing for a similar cap on Russian oil, but that also faces massive obstacles.

Many wind and solar projects already have long-term contracts to sell power at a fixed price. Those that don’t can earn big profits when power prices are high, but also face risks. That includes seeing prices plunge to zero when there’s too much solar and wind supplies -- something that will become more common as new farms come online.

Separating renewables from the gas market would be welcomed by many generators and investors if it were achieved through expanding contracts-for-difference subsidies -- which fix prices -- that would help stabilize power prices below current rates and provide guarantees for future investment.

“From a stability point of view and investor point of view, we’d like to see greater use of the contracts-for-difference mechanism, rather than have renewable power priced on the gas cost, which isn’t the cost of a renewables generator,” said Richard Crawford, head of energy income funds at InfraRed Capital Partners.

The UK government is exploring changes to the wholesale power market that would stop volatile gas costs setting the price of power produced by cheaper renewables, and introduce incentives for consumers to draw energy from the grid when demand is low or supply rises. Options for decoupling gas include having a separate market for renewable power, as well as regional pricing.

But changing how power is priced will be extremely difficult. Among the biggest risks are causing unintended consequences or deterring future investment.