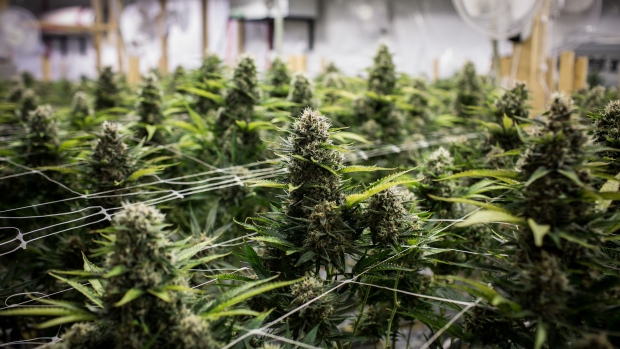 U.K. investors eager for a piece of the cannabis market are being deterred by a broad, catch-all law on proceeds from criminal activities.

The legislation means that if British investors make money on businesses that are legal abroad, but illegal in the U.K., they may be breaching the law in bringing those funds back home. That’s a real buzz kill for those wanting to invest in Canada’s recreational marijuana market, for example, since the cannabis leisure market is prohibited in the U.K.

It’s also making banks hesitant to fund initial public offerings of medical cannabis startups, as they fret about exposure if the companies invest in operations outside the U.K.

Cannabis-related stock market listings in the U.K. have been few and far between, and tiny in size. That means banks don’t stand a lot to gain by taking on the risk. Startups in the sector are kicking IPO ambitions down the road, raising money privately instead. Meanwhile, Canadian pot companies frequently top the list of best performers on the S&P/TSX Composite Index as investors jump aboard the emerging industry.

Two years ago, “there was a real surge of excitement. It felt like there were overflowing bank balances just waiting to launch” in the U.K. and Europe’s cannabis markets, said Stefano Debolini, a partner at London-based law firm Sheridans. But the Proceeds of Crime Act 2002 has had a “chilling effect” amid wider awareness of the ambiguity on the rules, he said.

The law was put in place in the aftermath of the 9/11 attacks to give authorities the power to seize cars and homes purchased with ill-gotten gains from crimes like money laundering, drug trafficking and terrorism. At the time, the notion of a legal medical cannabis market likely wasn’t a consideration. But it gets caught in the web.

Under the act, repatriated funds from an activity that would result in a 14-month jail sentence, if carried out in Britain, would break the rules. At present, cannabis is still a class B drug in the U.K., so possession can carry a five-year sentence while supplying or producing can carry a 14-year sentence.

“This is an ongoing issue for banks and they’re debating what to do and how to deal with dividends, shares and other income from investment in these companies,” said Michael Lyons, a partner at Clifford Chance LLP in London.

The “poorly drafted” legislation has yet to be tested in court regarding cannabis, Nick Davis, the chief executive of London-based law firm Memery Crystal LLP, said. A clear solution to the issue would be for the U.K. government to amend the law or provide advice to investors, he said.

Guidelines from the U.K.’s National Crime Agency or the Crown Prosecution Service would be more likely than an amendment, and just as helpful, Lyons said.

The law has been amended in the past. In 2006, the so-called “Spanish bullfighter” exception was passed. The idea is that a matador from Spain could come to the U.K., where fighting bulls is illegal, and spend the money made from his craft without fear of prosecution.

That demonstrated an “appetite and willingness” of the U.K. government to address the fact that the act is too broad, said Neill Blundell, a partner and head of the corporate crime and investigations team at law firm Macfarlanes LLP. Whether Parliament will make legislative changes specific to cannabis investments is another question, he said.

Sheridans’ Debolini thinks changing the law for cannabis will be tough. Despite growing acceptance and increased support for legalization in the U.K., weed is still a “pretty gnarly” political issue. Ultimately, a test case may need to go all the way to a judicial review before clear guidance materializes, he said.

For now, investors and banks can apply for “consent” from the crime agency in advance of an investment, which could be used in their defense if taken to court. A spokeswoman said the agency considers applications on a case-by-case basis, alongside colleagues in the Home Office.

But Sheridans’ Debolini said his clients grumble that it leaves matters open-ended, so it’s up to investors to decide whether to push ahead, “which isn’t of great help to most people.”

There is “complete disparity” in how firms are grappling with the issue, with some approaching the NCA in every instance, while others choose not to consult them at all, Jodi Norman, partner at Allen & Overy law firm, said.

“I’ve not seen our NCA give a positive consent. They’re not willing to put their neck on the line and say that this is okay but equally not willing to say it’s not okay,” she said.

That’s not helpful for the legal industry. “We would not be able to advise a client that ‘this may be dubious but as the chance of getting arrested is low you can probably do it anyway’,” said Jonathan Deverill, a partner at London-based law firm DAC Beachcroft LLP.