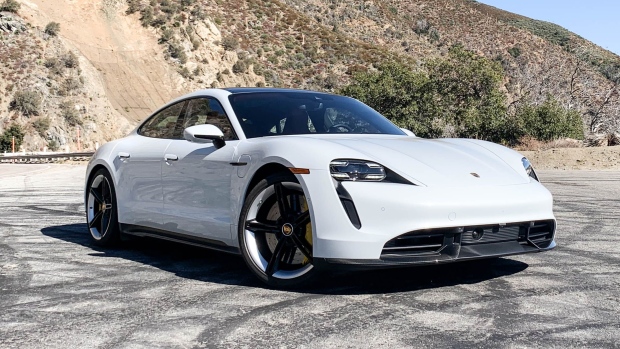 If you’ve been eagerly anticipating an all-electric version of the effervescent Porsche 911 sports car, you may want to exhale. It’s going to be a while.

On a call Nov. 5, Porsche AG boss Oliver Blume indicated in no uncertain terms that a 100 per cent battery-powered 911 is a long way off—if ever.

The news could signal a change of heart at the Stuttgart, Germany-based automaker. At Bloomberg Pursuits’ The Year Ahead: Luxury conference last year, Klaus Zellmer, president and chief executive officer of the luxury automaker’s North American division, seemed to have indicated otherwise.

The decision to keep the two-door sports car powered by internal combustion comes as an outlier to the company’s plan, according to Blume, that by 2025, half of all Porsche vehicles sold will be electrified—either fully battery electric or plug-in hybrid. It is also likely to hearten the legions of Porsche faithful who drive the 56-year-old model exactly because it retains the tactile urgency and grit of gas-fueled machines rather than the immediate but silent, gear-less power found in electric cars.

Introduced in 1964, the 911 has undergone eight generations and myriad variants including Targas, convertibles, and “Turbos.” More than 1.1 million have been sold to date.

But for all the talk of the most recognizable and possibly beloved Porsche on the road, the 911 is far from the most popular. The Macan and Cayenne SUVs were Porsche’s best-selling models in the United States during Q3, followed by the electric Taycan sedan. America is Porsche’s second-largest market behind China; this year the automaker is celebrating 70 years since the first Porsche cars (a model known as the 356) reached U.S. shores.

Were Porsche to make an all-electric sports car, Blume says, it would likely be a new model altogether.

“I think for the future there is also space for very sporty pure electric sports car to add to those [other] sports cars,” he said. “There are big opportunities.”

Porsche has committed to investing 15 billion euros (US$17.7 billion) in electric mobility, sustainable production, and digitalization over the next five years, according to Blume. It is also scouting partners to develop synthetic “e-fuels” using 100 per cent renewable power sources to comply with increasingly stringent emissions regulations that would eventually prohibit internal combustion engines from the road altogether. That development would help sustain the 70 per cent of Porsche cars made that are still on the road today—the vast majority of which gulp fossil fuels—as well as the millions that will remain in the next 10 to 15 years.

“To stop combustion engines isn’t the right discussion,” Blume says. “We come from both sides [electric mobility and e-fuels] to reduce CO2.”

Meanwhile, the old-fashioned 911 enthusiasts opposed to any tinkering with their favorite toy shouldn’t get too comfortable. The specter of a rumored 911 hybrid, if definitively unconfirmed by Blume, seems clear.

“In the future for the 911, there are good ideas for a special kind of hybrid, a very performance-oriented hybrid, where we use, for example, a 400-volt system for our electric engine,” Blume says. “That’s more or less our idea of how to continue with the 911.”