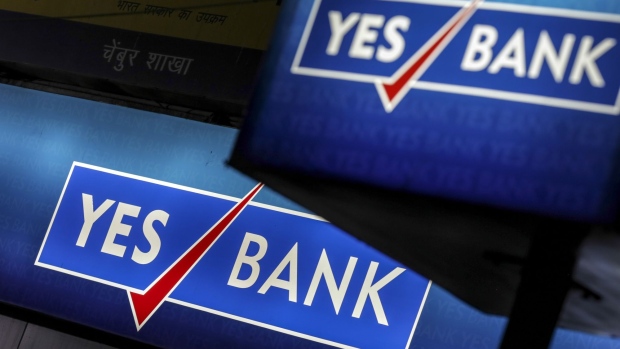 Signage for Yes Bank Ltd. is displayed at a branch in Mumbai, India, on Tuesday, April 30, 2018. , Bloomberg

Erwin Singh Braich, the mysterious tycoon behind a US$1.2 billion bid to rescue a beleaguered Indian bank, says he is Canada’s richest man with a story so fabulous that Netflix Inc. wants to tell it.

There’s a less glittering account pieced together from interviews and court records: The son of a lumber baron has a history including bankruptcy, lawsuits and soured business deals. He has no headquarters, no banker to manage his money, and is currently living in a three-star motel in the Canadian prairies.

The board of Yes Bank Ltd. will decide on Tuesday which version of Braich it supports at a meeting to approve a US$2 billion preferential share sale, 60 per cent of which would be taken up by Braich and his partner, Hong Kong-based SPGP Holdings. As Bloomberg News reported Monday, India’s fourth-largest private lender is likely to reject the offer from Braich and SPGP, opting instead for institutional investors, according to a person familiar with the matter.

At stake is the future of the Mumbai-based bank that’s staggering under the weight of its bad loans, including to some of the non-bank lenders caught up in India’s shadow banking crisis. Yes Bank desperately needs the cash injection to replenish its core equity capital, which is barely above the regulatory minimum of 8 per cent. The stock has plunged 69 per cent this year, reducing its market value to 143 billion rupees (US$2 billion).

Braich says he has the money for the investment and has provided documentation to Yes Bank’s Chief Executive Officer Ravneet Gill on his ability to pay. Yes Bank didn’t respond to an email seeking comment about Braich and his bid.

“I’ve been under the radar,” Braich, 63, said in a phone interview last week. “We have a lot of different holdings and assets that people don’t know about.” The funds will be in escrow by the time Yes Bank shareholders meet this month to approve the capital raising, he added.

“I don’t think Mr. Gill is a stupid man,” Braich said, adding “a lot of skepticism will be erased” surrounding his bid.

Yet there are plenty of signs from Braich’s past that some skepticism may be warranted. For two decades, he has been mired in dozens of lawsuits with family members, creditors and business associates, according to Canadian and U.S. court records.

In one case, he pitched two investors on a plan to buy scrap metal from the Democratic Republic of Congo, telling them he had a multimillion dollar commodity trading business, according to a 2008 lawsuit filed in New York.

The investors, Roger and Punit Menda, sued him and four others for defrauding them of US$340,000, saying Braich lied about the metal contracts and “did not possess the personal wealth he claimed to and was, in fact, without any personal assets,” according to the filing. Braich failed to respond to the complaint or appear in court, according to a default judgment ordering the money be repaid with interest.

Braich called the lawsuit “so stupid and frivolous we didn’t even bother to defend it.” He said he didn’t pay the judgment but might offer to pay the Mendas back because he feels badly they missed out on an opportunity.

Braich jumped the gun with a news release that said his group was set to take control of Karnalyte and would make an “immediate equity injection” of nearly C$200 million. The company responded by saying the proposal wasn’t binding and hadn’t been accepted by the board.

The deal never happened, and Phinney said Karnalyte was unable to ascertain if Braich had the funding he claimed. “Everything looks wonderful until you have to show up with the check,” he said. “I still don’t know if he had any money or not.” 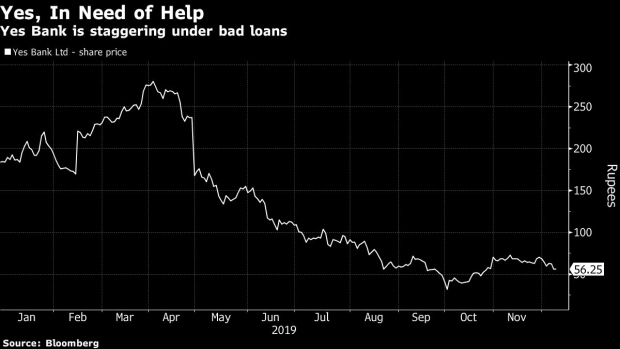 Braich says he had a binding bid with Karnalyte but “they screwed me” and allowed another investor from Gujarat, India to push him out.

Several analysts have expressed skepticism about the potential new investors in Yes Bank. The lender’s shares dropped 18 per cent in the week after the names were announced on Nov. 29, including Braich, SPGP and Citax Holdings Ltd. (Braich says he has no affiliation with Citax.)

“We have serious reservations regarding the quality of board of directors who are willing to consider these kinds of investors to be large shareholders,” Suresh Ganapathy, an analyst at Macquarie Capital Securities (India) Pvt., wrote in a note.

Braich grew up in Mission, British Columbia, 70 kilometres (44 miles) southeast of Vancouver, the eldest of six children in a Sikh family originally from Punjab in northern India. His father Herman was a pillar of the local Indo-Canadian community who’d left India at the age of 14 -- taking little but the name of his tiny village, Braich -- and built a fortune in British Columbia’s forestry industry. The patriarch died in 1976.

“The reason I’ve had so much litigation was because I was a trustee for my father’s estate,” said Braich. Those headaches include a 1999 involuntary bankruptcy he said was orchestrated by opponents, including his brother. Bobby Braich, reached by phone, said he’s been estranged from his brother for 20 years and declined to comment further.

The bankruptcy remains undischarged with more than C$13 million in total liabilities, according to Canadian bankruptcy records. Braich was arrested and prosecuted after refusing to provide records of his assets or appear in court, the Public Prosecution Service of Canada said in an email.

Braich said he always had assets and has repaid his debts with interest. He holds all his wealth in his children’s five trusts, which he controls as sole trustee, to keep them out of the reach of disgruntled family members and unscrupulous lawsuits, he added.

He hasn’t owned a home since the 1990s, choosing to live and work out of hotel rooms around the world from Ritz-Carltons to Kempinskis to Travelodges, he said.

Right now, it’s the three-star Sandman Hotel in Grande Prairie, Alberta, which Braich said he chose for its in-house Denny’s restaurant. He’s been undergoing dental work ahead of what he says are upcoming TV appearances with Stephen Colbert and Oprah Winfrey.

TV Series
“A bunch of the major networks want to have me go on a talk show tour,” Braich said by phone, a day after a three-hour, 25-minute stint in the dentist’s chair. “I’m going to get my teeth done so they’re like Chiclets.”

Then there’s Netflix and Amazon.com Inc., which want to do a four-season series on him and his father, Braich said.

The Oprah Winfrey Network said none of its producers are familiar with his name. CBS Entertainment said it doesn’t comment on Colbert’s bookings. Netflix and Amazon didn’t respond to requests for comment.

To support the Yes Bank bid, Braich’s trusts and SPGP have various assets including Black Pearl Investments, a jointly owned Hong Kong company capitalized with about $200 million, he said. The partnership with SPGP is developing everything from retirement villages in the Philippines and Thailand to nitrogen-preserved tea in Sri Lanka through SPGP’s sister company Silverdale Services Ltd., he said.

As of May, Silverdale Services’s total equity capital was HK$100,000 (US$12,800), according to records from Hong Kong’s companies registry. A Hong Kong-registered company named Black Pearl Investments had HK$1 in paid-up capital the last time it filed an annual return in November 2017.

Braich said his rationale for investing in Yes Bank was simple:

“I loved the logo and I had my people do the due diligence very deeply,” he said. “If it was called ‘No Bank,’ I wouldn’t have been interested.”