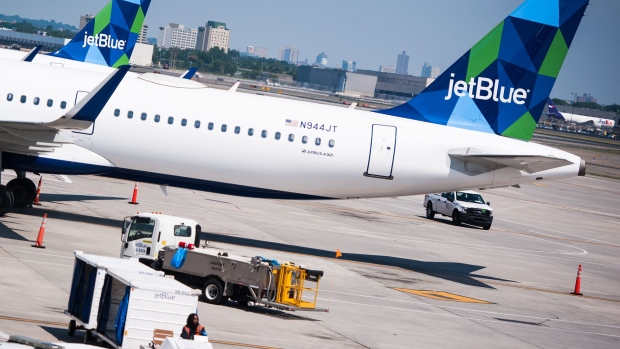 ​With COVID-19 grounding flights, emptying hotel rooms, and turning popular destinations into ghost towns, this might seem the most futile time to think about frequent flyer miles and loyalty points. In mid-March, the U.S. State Department issued a “do not travel” alert for the entire world. Travel is the last thing on most people’s minds, according to a survey released by trade organization U.S. Travel. The likelihood of travelers taking vacations in the next six months has dropped by half since late February.

But hitting pause on travel doesn’t mean you need to totally forget about your points and miles. Over the past couple of weeks, a number of travel companies, including American Airlines, Hilton Worldwide, United Airlines, British Airways and Marriott International announced that they would make it easier to reach—and maintain—elite status in their loyalty programs. United, for instance, is extending current Premier memberships through 2022 and making it easier for everyone else to qualify by cutting the number of flight purchases needed and increasing the ability to earn points on co-branded credit cards. Hilton is automatically extending elite status for a year, while Marriott is maintaining 2019 status tiers until February 2022.

With that kind of flexibility, a shifting economic landscape, and more time on your hands, you might be able to take a hard look at the rewards you’ve been earning and the credit cards you’re carrying in your wallet. Depending on your travel goals and financial needs, you may want to double down on current offers—or divest from credit cards with unused perks. These are the top actions to take while you’re grounded.

Even if you rarely think about your annual credit-card fees, it may have lately occurred to you that spending hundreds of dollars for perks you can’t use right now might make little sense. Cards such as the American Express Platinum Card, Citi Prestige Credit Card, and Chase Sapphire Reserve cost upward of US$450 a year—prices that are largely justified by an array of travel benefits, including airport lounge access and airline fee credits. During a lockdown, the value of these things quickly drops to nil.

Before you cancel, check your billing year cycle. Most companies won’t refund any portion of your annual fee if it was paid more than 30 days ago, though Chase, for one, may prorate the fee if you switch to a different card. If you decide to pull the plug, be sure to cash out any points you would lose, or transfer them to different programs. (This generally doesn’t include airline or hotel points, which are stashed in your loyalty program, not with the credit card.) Chase Ultimate Rewards, for instance, can be transferred to more than a dozen travel partners or traded for cash at a rate of 1 cent per point.

Another consideration is travel insurance. The policies included with some cards may cover you if you’ve had to cancel a trip because you got sick; if you fall into that camp, find out what you may be entitled to before you close your account.

Be aware that canceling a card may temporarily ding your credit score. Especially if you have a longstanding account, you may prefer to downgrade to a cheaper option from the same issuer—such as the US$95-a-year Chase Sapphire Preferred, or even a fee-free card—to prevent that from happening. Then, when you’re ready to hit the road again, you can get re-approved for the pricier cards. (If only you’d get a second signup bonus.)

Speaking of signup bonuses: Having less reason to splurge doesn’t mean you have to sacrifice the rewards that might come with hitting spending minimums in the first few months of having your card. Issuers are offering extensions on these initial spending requirements; both Chase and American Express are giving cardholders an additional three months on most of their offers. Don’t forget that making purchases through your credit card’s shopping portal can be doubly beneficial during this time: it allocates dollars to your spending targets while helping you rack up bonus points to use later.

Use Those Points—or Cash Them Out

If you’re worried about your financial situation, concerned about the future of your loyalty program or wondering whether your favorite airline, car-rental company, or bank might go under if the economy worsens, it may be time to liquidate points and get cash.

That doesn’t mean you have to ditch your card. But you can request any cash that has accumulated with, say, your Chase Freedom Unlimited, American Express Blue Cash Preferred, or Bank of America Cash Rewards account. You can also exchange for cash back other kinds of points, including Chase Ultimate Rewards, Citi ThankYou Rewards, and American Express Membership Rewards.

Just remember that you may get much less value for your points if you trade them for cash, rather than using them to pay for an underwater bungalow in the Maldives. Ultimate Rewards are generally worth 1 cent apiece in cash, for instance; when used on hotel bookings, they can be worth several times as much. ThankYou Rewards may get you as little as 0.5 cents per point, depending on which Citi card you’re holding.

Getting cold, hard cash isn’t your only option. Many reward currencies can also be spent on merchandise, gift cards, magazine subscriptions, and other items—often at chintzy values. (Yes, we’re talking less than 1 cent apiece, usually.) But hey, at least you won’t have to dip into your checking account to buy a big new screen for all that Netflix bingeing.

In the past couple of years, several loyalty programs—including Marriott Bonvoy, World of Hyatt, and British Airways Avios—were tweaked to remove perks or make award bookings more difficult. Marriott moved many hotels into higher “categories” that made them pricier in points, Hyatt took away free breakfasts for members who booked through third parties, and British Airways raised points prices for flights with partner airlines.

If you’ve gotten dinged by your favorite program, start comparison shopping. Competitors may offer you a better deal, and it may be time to ditch co-branded credit cards whose rewards no longer stack up. A number of travel companies, including United Airlines, Hilton and Hertz, will match the elite status you have with competitors or offer match challenges that let you quickly get to a comparable elite tier. And due to the coronavirus crisis, many are giving travelers additional time to complete those challenges. Some companies are even adding incentives; American Airlines, for instance, is counting every dollar spent on certain co-branded credit cards toward its exclusive Million Miler program from May 1 to the end of the year. It’s a rare chance for grounded flyers to cross the finish line and get Gold status for life.

While some loyalty programs’ points never expire, such as JetBlue TrueBlue and Delta SkyMiles, many others have use-by dates. Those can be easily forgotten when travel bookings are at a standstill. Free hotel nights, companion ticket certificates, and flight upgrade certificates also have expiration dates, though a majority of loyalty programs are extending the deadlines as a courtesy. If you don’t see an update in your account, call customer support to request that your deadline be pushed back.

How to use ‘em if you’re still afraid to lose ‘em? The easiest thing to do is to restart the expiration clock. Making any small transaction, whether that’s using the program’s shopping portal or transferring a handful of points to a pal, accomplishes this. Another option: Use your balance to book a deeply discounted flight for a few months out. Just be sure to read the fine print with respect to changes and cancellations.

According to loyalty solutions company Points.com, the average loyalty program member has 13 different reward accounts—each with its own login, balance, and expiration dates. Use your travel-less time to sign up with a tracking platform. It may not help you maximize your points, but it will help you stay more organized.

While Points.com offers a basic free service, subscription services such as AwardWallet (US$30 a year) and TripIt Pro (US$49 annually) have more robust features. AwardWallet links to almost every loyalty program, rather than just the biggest few; it also displays all balances and expiration dates in a single dashboard and sends alerts when your benefits are in danger of evaporating. TripIt Pro lacks the alerts but tracks fares and seats for upcoming trips, sends check-in reminders, and lets you share itineraries with friends. You might not take advantage of all those features now, but when borders do open up again, you’ll be glad to have them.