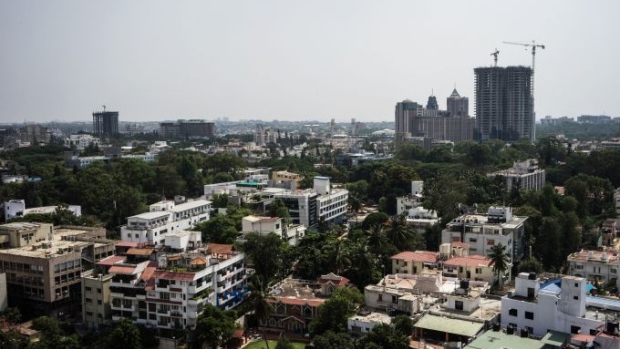 Buildings stand under construction among other commercial and residential property in Bangalore, India on Sunday, May 3, 2015. India's Finance Minister Arun Jaitley is striving for a goods and services levy to subsume a range of federal and state taxes, a step that would make India more of a single market for commerce. Photograph: Sanjit Das/Bloomberg Photographer: Sanjit Das , Bloomberg

(Bloomberg) -- Bangalore is known as the Silicon Valley of India. The nation’s technology industry began there, starting with defense manufacturing and eventually widening into services for companies in other nations. But more recently, India’s tech firms have begun to turn inward, focusing on the huge commercial opportunities attendant to its massive consumer market.

Unsurprisingly, 2021 has witnessed a breakout for India’s tech startups, with many companies going public and raising record cash. However, the industry also faces unique challenges to take the next steps. On this episode of Bloomberg’s India+, we explore what the burgeoning tech sector in India needs to accomplish if it’s to compete and be profitable.